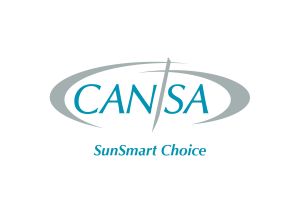 Clicks Sunprotect, endorsed by CANSA since 2009, is a range of sunscreen products that has been manufactured exclusively for Clicks for the past four years and complies with current South African National Standards (SANS 1557:2009 Edition 3).  Sunprotect products protect from both UVA and UVB rays, and carry the CANSA Seal of Recognition.  They have been manufactured and tested according to strict guidelines as set out by the International Standards Organisation (ISO), CTFA (Cosmetic, Toiletry and Fragrance Association) and SABS (South African Bureau of Standards).

Clicks’ Sunprotect complies with all legislative requirements within South Africa.  Testing procedures continue to evolve and improve and as such a new ISO standard for testing sunscreen products was published in the EU in June 2012. This new testing requirement will come into effect in South Africa in 2013, once approved by South African regulatory bodies.

Clicks’ supports CANSA’s efforts to help regulate the industry.  All new launches within the Sunprotect range will comply with the new EU ISO standard as of October 2012 and all current products are in the process of being tested as per this new standard.

CANSA has indicated that all products adhering to the EU standards and underwritten by CANSA will in future be exhibiting the new CANSA SunSmart Choice Seal (see top right) – instead of the original CANSA Seal of Recognition – to assist with the identification of improved formulations.

At Clicks, we recognise the legal right of our customers to demand quality service and safe, good quality goods. We believe that quality assurance and Good Manufacturing Practice (GMP) are crucial and make use of reputable suppliers, many of whom have been working with us for several years.  We have also put in place processes to ensure that industry regulations are complied with and manufacturers are routinely audited.