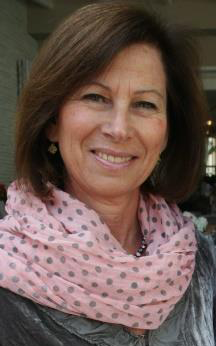 Breast cancer remains the commonest cancer among women globally with nearly 1.7 million new cases diagnosed in 2012 (WCRF, 2012). Breast cancer survival rates vary greatly worldwide, ranging from 80% in North America, Sweden and Japan to around 60% in middle-income countries and below 40% in lowincome countries.

In South Africa, breast cancer is the most common cancer in women, with an age-standardised incidence rate of 26.9 per 100 000 women (NCR 2005), and a major cause of cancer mortality, accounting for 15.6% of cancer deaths among women (Bradshaw et al, 2006). Late presentation and hence diagnosis and treatment of breast cancer further compounds the problem (Moodley et al, 2016). Breast cancer is an important women’s health issue, and premenopausal women with breast cancer comprise a special subgroup with unique concerns regarding contraception, early menopause, infertility, and future fertility options. Despite women’s needs for information on these issues their levels of knowledge is considered insufficient compounded by limited counselling available to women (Karaöz, et al, 2010;Guthrie et al, 2015).

When a woman is diagnosed with breast cancer, initial consultations with the oncologist focus predominantly on issues such as the implication of the cancer diagnosis itself, multimodal cancer therapy and coping with a life-threatening disease leaving little room and time for contraceptive counselling (Guth etal, 2015) and as most oncologists are not experienced in the field of contraception refer patients to gynaecologists (Gorman et al 2011; Guth et al 2015. However, little is known what happens once women are referred or whether they receive the most suitable contraceptive method and/or continue with the method.

Infertility after treatment is a major concern for young women with breast cancer particularly as it relates to opportunities for future childbearing influencing treatment intentions (Peate et al, 2009; Peate et al, 2011). Research in developed country contexts with more comprehensive programs have highlighted concerns amongst breast cancer patients that their concerns around fertility options are not adequately addressed, and noted women’s frustration with the paucity of information available (Thewes et al, 2003). A qualitative study amongst young Australian women with breast cancer highlighted a multiplicity of factors influencing decisions around contraception and the uncertainty of future fertility and childbearing options throughout care and treatment. Moreover, psychosocial issues emerged around mortality and survivorship (Connell et al, 2006).

No known reported studies have been undertaken in South Africa exploring the contraceptive and fertility needs and preferences of women of reproductive age diagnosed with breast cancer. Following discussion with doctors involved in the treatment of breast cancer patients at GSH, contraceptive and fertility counselling are not addressed in a comprehensive manner. Women are referred to public sector facilities for the non- hormonal IUD. However, access to the non- hormonal IUD is extremely limited at most health care facilities in the Western Cape and throughout South Africa (SADH, 2012; Hoke et al, 2014).

Intervention strategies that have been proposed in developing country contexts have suggested developing referral networks of fertility specialists and ensuring psychosocial support, improving patient-provider communication and assisting oncologists with guidelines and information around suitable contraceptive methods early in the treatment plan so as to be able to make informed decisions based on the best available evidence.

This proposed study will be the first study undertaken in South Africa exploring breast cancer patients contraceptive needs and fertility intentions and will inform future interventions through developing evidence based informational tools (via print and mHealth web based) pertinent to local context.