Media Release 5 December 2016 – From a soothing beverage to beauty elixir, Rooibos tea is one versatile brew. Now researchers have discovered that it can also undo some of the damage caused by the sun’s harmful rays.

For the past 11 years, scientists from the SA Medical Research Council (MRC) and Cape Peninsula University of Technology (CPUT) have been involved in studying how Rooibos protects against inflammation in skin cells, since chronic inflammation is one of the hallmarks of skin cancer development.  CANSA is proud to say that we have been involved in partly funding the research – read about the recent Type A project:  Chemopreventive potential of Rooibos in skin carcinogenesis – Prof Wentzel Gelderblom

Prof Wentzel Gelderblom, based at CPUT’s Institute of Biomedical and Microbial Biotechnology has been one of the lead researchers involved in the Rooibos study. He says once the skin has been exposed to the sun’s ultra-violet (UV) rays, Rooibos extracts have the ability to remove precancerous damaged cells and also block the onset of inflammation.

“It does so by stopping the multiplication of cancerous cells and removing these cells through programmed cell death, in other words, prompting them to commit suicide,” he explains.

It’s the abundance of polyphenols (antioxidants) – natural compounds found in Rooibos – which gives it it’s restorative power. These compounds are linked with the prevention of various chronic disorders, including skin cancer.

Can consumers expect a miracle Rooibos ointment or cream in the near future?

Prof Gelderblom says there are still a number of tests that need to be done before an after-sun skincare product is brought to market.

“We are currently developing biomarkers, representing critical biological processes of how Rooibos tea protects against skin cancer. These will then be validated in mouse skin before commencing trials in humans. These biomarkers involve sophisticated molecular techniques that will help us to assess Rooibos’ protective effects in very small skin biopsies, which will eventually be utilised to conduct our mouse and clinical trials in humans. Doing so will also help us to more precisely determine the quantity of Rooibos extract needed to prevent the development of skin cancer.

“Preliminary findings show that Rooibos extracts are more effective during the early stages of skin cancer development as they are able to facilitate the removal of UVB damage cells thereby delaying their progression into a tumour.”

South Africa has one of the highest rates of skin cancer in the world with about 20 000 reported cases every year, which results in more than 700 deaths.

He points out that people who do spend a lot of time in the sun should consider using an after-sun skincare product containing Rooibos extract, as based on the findings of the current studies, it could be beneficial. However, care should be exercised, as these products should be validated first before any health claims can be made.

About 80% of sun-induced skin damage occurs before the age of 18, therefore it is imperative to take special care of children in the sun. Babies younger than one year of age should never be exposed to direct sunlight as their skin doesn’t produce enough melanin (the skin pigment that helps to protect the skin from the sun). 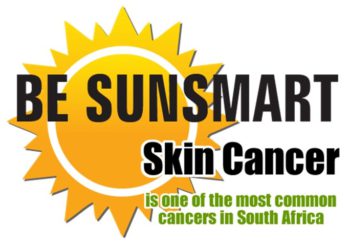 Read CANSA’s SunSmart guidelines on how you and your family can enjoy the sun this summer without falling into the pitfalls of excessive sun exposure.

Equally important during hot summer days is getting enough of the right kinds of liquids since dehydration can lead to tiredness, headaches and dizziness. Although many people tend to think of Rooibos as only a hot drink, it is an exceptional flavour enhancer and naturally sweet, which makes it a favourite ingredient for iced teas, fruit shakes, smoothies and iced lollies.