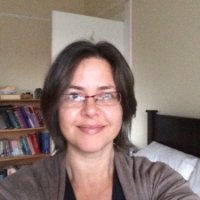 The purpose of this research is to see how many children in South Africa develop Hodgkin Lymphoma, and how many of these children survive. We aim to determine which factors impact on survival in these children. The parameters that will be examined include age, sex, race, stage at diagnosis, HIV status and treatment protocol.

In high-income countries it has become standard to do a PET-CT to decide what stage disease a patient has and how they have responded after two cycles of treatment. PET-CT currently costs between R20 000 to R30 000 and is unavailable in certain centres. A treatment regimen ABVD has been agreed upon: it consists of chemotherapy which is available in all South African centres and can be given on an out-patient basis and has relatively few side effects.

We aim to compare the results from a battery of affordable, widely available blood tests with the results from a PET-CT before and after two cycles of chemotherapy to determine if we can get the same information from the cheaper blood tests. If this is the case, it will be possible to recommend that clinicians in low and middle-income settings perform the cheaper battery of blood tests rather than finding funds for PET-CT scans.

The second part of the project:

Abstract:  The impact of HIV infection on overall survival in children with Hodgkin Lymphoma in South Africa

Publication: Treatment outcomes of children with Hodgkin lymphoma between 2000 and 2010: First report by the South African Children’s Cancer Study Group