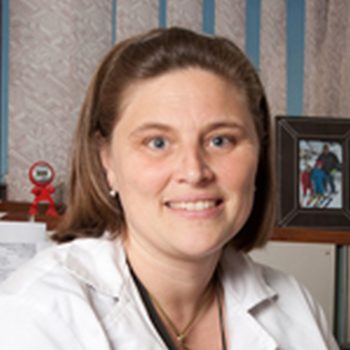 Anthracycline-based chemotherapy has been widely accepted to have an increased rise for dose-dependent cardiotoxicity, particularly in patients with pre-existing conditions such as hypertension, obesity, diabetes and cardiac disease. Unfortunately, approximately 21% of all patients treated with anthracycline at cumulative doses of less than 300mg/m2 will experience cardiotoxicity, despite being prescribed the “safest” dosage threshold. The delineation of early biomarkers to assess cardiovascular risk of anthracycline-induced cardiotoxicity and the discovery of combined therapy to limit the cardiotoxicity are urgently needed.

The risk of developing cardiovascular disease (CVD) is inversely proportional to circulating high-density lipoprotein cholesterol (HDL, often referred to as the good cholesterol). The protective effect of HDL was originally given by its capacity to transport cholesterol from the periphery to the liver, where it can be excreted via the bile. During the last decade, HDL has been found to exert additional physiological properties, including anti-inflammatory, antioxidant, anti-apoptotic and anti-thrombotic actions, all of which may potentially protect against anthracycline-induced cardiotoxicity. However, the beneficial effects of HDL seem to be largely dependent on the subclass/composition of HDL which we have recently shown to be modified with multiple cardiovascular risk factors such as obesity, diabetes and hypertension.

We and others have suggested that HDL protects against doxorubicin-induced cardiotoxicity, via mechanisms involving activation of Akt. However, whether this protective effect still exists in the presence of the tumor is unknown. Furthermore, cancer is associated with changes in lipoprotein profiles but no studies have yet explored possible changes in HDL subclass/composition which may affect their functionality and as such, affect the cardiotoxic and anti-cancerous effect of anthracyclines.

In the present study, we therefore hypothesize that cancer and anthracycline may alter HDL subclass distribution, composition and functionality to favor cardiovascular disease, especially in diabetic patients. We further suggest that fully characterizing the impact of cancer and anthracycline on HDL may identify some key components of HDL that could be used as early biomarkers for cardiovascular risk in cancer patients treated with anthracycline. In addition, we hypothesize that a treatment of reconstituted HDL (mimicking the subclass of cardioprotective HDL) in cancer patients may restore the HDL subclass/functionality and therefore limit cardiac toxicity observed with anthracyclines.