Cancer Genetics: How One Patient’s Story can Improve the Lives of Many

When I received the invitation from CANSA to share my personal experience as a scientist on how cancer affected my life, that of a loved one, colleague or friend, I realised that all of these apply to me.

My life was turned around in August 2013 when my husband was diagnosed with lung cancer, 23 years after his brother died of the same type of cancer at the age of 38 years. The brother of my colleague, Lujane Nutt who is also a CANSA volunteer, was diagnosed with prostate cancer at the age of 49 years. Her father, and most of his seven brothers and sisters, died of cancer. 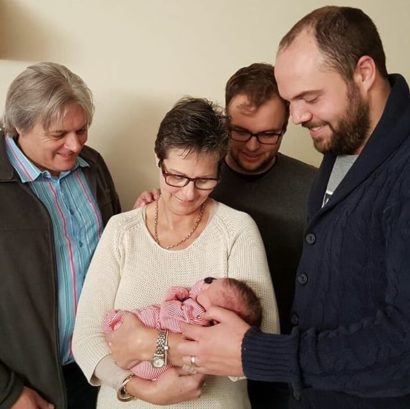 In 2016, I became aware of the cancer diagnosis of a friend from school, Elna Symington, through her posts on Facebook. She was diagnosed with advanced ovarian cancer already in 2012. In contrast to my husband and Lujane’s brother who remain cancer free to date, Elna died in September 2017, after experiencing severe drug side effects from treatment of metastatic ovarian cancer.

My husband had chemotherapy before and after surgery with minimal side effects, except once when he was hospitalised immediately after I noted dark spots emerging on his face.

Elna received chemotherapy more than 50 times. In August 2016 she was set to receive the next round of chemotherapy, only 8 weeks after the previous cycle. She experienced persistent lower abdominal pain and shared her fears of losing her job with me, if she could not return to work soon. She also wished to see her unborn grandchild.

After careful consideration, I contacted her oncologist about a special opportunity for testing her tumour DNA. He agreed to genomic testing before further chemotherapy.

We shared the hope that:

1) the gene expression profile or specific mutation driving her cancer will be identified;
2) anti-cancer drugs indicated as potentially beneficial will be available in South Africa; and
3) the treatment would work for her.

The possibility of death due to drug toxicity was not on my radar until the test was performed on Elna’s primary tumour, which was stored at a local pathology laboratory from 2012. The next generation DNA sequencing results could explain failure of some of the previous therapies used, while potential benefit with use of topoisomerase-1 inhibitors was indicated by the immunohistochemistry panel included with the genomic screen. I was made aware of the serious side effects of this class of drugs by a surgeon who formed part of the expert panel consulted for their opinion on the test report. Together with Elna’s oncologist, they decided on the best chemotherapy based on the tumour DNA test results.

Due to the high risk of drug toxicity, Elna was carefully monitored for side effects by a general practitioner after approval by her oncologist. Biochemical abnormalities underpinned by genetic variation supported steps to strengthen her immune system before the use of Topotecan, which was approved by Elna’s medical scheme. This time it was not necessary for Elna to receive expensive Granocyte injections to increase her white blood cell count before chemotherapy. However, during treatment with Topotecan she developed very painful mouth sores, which we reported to the general practitioner for advice and treatment.

On the 22nd of October 2016, Elna told me that the severe pain she experienced before chemotherapy has disappeared. Hormone replacement therapy used from 2008 was furthermore terminated based on oestrogen receptor status determined in the tumour biopsy taken in 2016, leading to endocrine therapy as supported by germline DNA pharmacogenetic testing for Tamoxifen resistance.

Unlike many other chronic diseases, stopping tumour growth or slowing it does not necessarily mean that death from cancer will be prevented or delayed beyond a few months. Therefore, even if an anti-cancer drug is available in South Africa, it may not be reimbursed by medical schemes. This became apparent when the drug Avastin was prescribed for Elna approximately one year after treatment with Topotecan, given the exclusion of BRCA1/2 as a primary target for use of a PARP inhibitor.

After the first treatment with Avastin she was very excited about its positive effect on the ovarian cancer marker, CA 125. However, after the second round of chemotherapy followed by Avastin a few days later, Elna had to stop working due to severe pain in her shoulders.

Her last words communicated to me by sms on 5 September 2017 was: “Ek was nog nooit so siek van chemo nie – regtig tot die dood toe / I have never been so sick from chemo – really to the point of death”. I urged her to tell her oncologist as she never wanted to complain about the side effects of treatment considered expected with cancer treatment.

Since the Avastin was not covered by Elna’s medical scheme she obtained a loan from her bank for the first payment. I made a plan to pay for the next treatment cycle and we refunded her first payment, while considering how to raise funds for further treatment as suggested by a mutual friend, Elizabeth Loock. Although this is not necessary anymore as Elna died as she was taken to hospital, her life will be celebrated every time a cancer patient who had genetic testing comes forward to share their journey in support of the fundraising efforts of CANSA. According to her oncologist, a blood clot most likely caused Elna’s death.

While we may currently learn more from our failures than successes, the knowledge gaps are steadily being filled by health outcome studies linked to routine service delivery. Prime examples of clinical utility of genetic testing are BRCA1/2 gene screening in high-risk families with breast/ovarian cancer and use of the 70-gene MammaPrint test that cuts the need for chemotherapy by half in patients with early-stage hormone-positive breast cancer. To date, we have screened nearly 400 South African breast cancer patients and only those with a high-risk gene profile needed chemotherapy to improve survival. For cancers such as ovarian and lung cancer that are often detected at a late stage, “liquid biopsy” DNA tests used to monitor response to treatment also give hope of detecting malignancies at an earlier, curable stage.

Elna’s life and story is the inspiration behind the Open Genome Project, a new initiative to optimise the clinical management of each patient by using an integrated service and research approach. When I asked Elna if we could post her DNA sequence data with the treatment outcome on this planned platform, without revealing her name, her reaction was (9/8/2016): “I am no-one special, my name can be used anywhere”. She furthermore added that “there are so many women in the same situation, please do not waste time.”

The severe side effects experienced by Elna with use of effective medication, highlighted the need for intensified research with a greater focus on improved quality of life in cancer survivors.