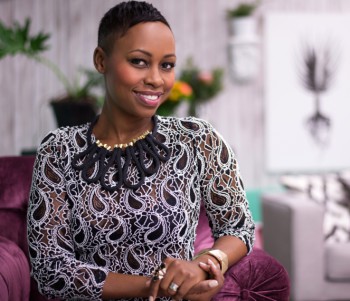 14 October 2013 – When radio personality Elana Afrika-Bredenkamp was a young girl, she sang along to Survivor by Destiny’s Child because it had a catchy tune. It was only years later that the song developed a special meaning for her – when she came face to face with the possibility of being diagnosed with cancer.

“I became aware of CANSA early on in my career as a radio presenter,” says Elana. “I did regular updates on my programme and work to create awareness around the disease and the importance of taking preventative measures such as protecting your skin from the sun.”

Elana saw herself as supporting survivors. Little did she know that cancer would touch her personally and result in her getting even more closely involved in helping people who were living with and affected by cancer.

“A friend of mine handed her hat collection over to me after she had been through chemotherapy. She died a year later. Then I discovered a mole on my hand which was troublesome and I faced the possibility of having cancer myself.”

Even though the mole was benign, Elana considered herself a survivor and lost no time in joining forces with CANSA as one of the association’s Ambassadors to make a difference in the lives of other survivors. “It was my natural response. I never had cancer, but the possibility of it scared me enough to get involved and to help to make a difference.”

“When I thought I had cancer, I already had extensive knowledge on the subject which helped me tremendously to cope. Now, it’s useful to me in my role as a CANSA Ambassador. Ignorance about the disease is quite widespread and well-meaning people who don’t have the correct information can do more harm than good.”

It Can Be Beaten

“There are a lot of survivors out there who need our support and need to know that they are not alone. This is one of the messages I give to people as a CANSA Ambassador. Cancer survivors need to surround themselves with people who love them. The more people who are aware of this and act upon this knowledge, the easier it will be for many survivors. We need to take their hands and walk with them on their journey to good health.”

See all Cope with Cancer posts