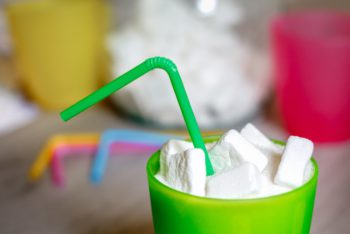 The Minister of Finance announced in the February 2016 Budget a decision to introduce a tax on sugar-sweetened beverages (SSBs) with effect from 1 April 2017 to help reduce excessive sugar intake. This announcement came against the backdrop of a growing global concern regarding obesity stemming from the overconsumption of sugar.

Obesity is a global epidemic and a major risk factor linked to the growing burden of non-communicable diseases (NCDs) including heart diseases, type 2 diabetes and some forms of cancers. NCDs are the leading causes of mortality globally, resulting in more deaths than all other causes combined, and the world’s low and middle-income populations are the most affected. The problem of obesity has grown over the past 30 years in South Africa resulting in the country being ranked the most obese country in sub-Saharan Africa. 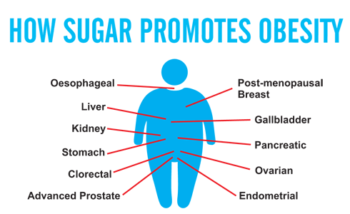 CANSA, as part of the South African NCD Alliance, support the indirect taxation on sugar sweetened beverages (SSBs) with the aim of reducing their consumption as laid out in the recommendations of the Policy Paper.  CANSA presented to the Parliamentary Portfolio Committee on Proposed Sugar Tax on 31 January 2017 as part of civil society.

The proposed tax is framed as being levied by government in the best interests of the citizens.  Therefore, as civil society we consider it imperative that a proportion of this tax must be allocated to the implementation, monitoring and evaluation of policies and programmes that support the prevention and control of NCDs.

Research on the health-related impacts of taxation of SSBs is emerging and the evidence points to positive changes in consumption patterns as recently seen in Mexico. In 2014, household purchases of taxed beverages dropped by an average of 6% compared to pre-tax trends. This reduction reached 12% in December 2014.

While we unequivocally support the SSBs tax as a public health measure we would welcome that the following related issues are addressed in the context of the current tax proposal:

a) Tobacco and alcohol taxes are currently not channelled back into health-related social mobilization and accountability.

b) Severe resource constraints exist in NCDs funding at all levels of government and civil society and many existing NCD policies and strategies have yet to be implemented.

c) NCDs are broad societal issues which require intersectoral collaboration, including with civil society, to implement the tax as part of a policy package of broader measures such as marketing restrictions on unhealthy food and beverages to children and adolescents and effective front-of-pack labelling to prevent obesity and diet-related NCDs.

We, the citizens, request that a proportion of the tax be ring-fenced for the prevention and control of NCDs by the relevant stakeholders including civil society and government. Such funding should be used for the multisectoral coordination and the implementation of NCDs policies in the country.

The issue of NCDs and obesity, which is a risk factor for NCDs as well as a health condition it itself, are sufficiently important and already pose a heavy burden on our healthcare system and the economy. We request ongoing transparent and inclusive discussion with civil society on the way in which the revenue from this tax will be used.

The World Health Organization (WHO) and the World Cancer Research Fund have published guidelines that individuals should consume no more than 10% of total calories from added sugar, and preferably less than 5%.

We support the indirect taxation on sugar sweetened beverages (SSBs) with the aim of reducing their consumption as laid out in the recommendations of the Policy Paper.

a) SSB tax based on sugar content by gram.
b) Tax rate 20% which equates to approximately 2.29 cents per gram of sugar.
c) A higher rate of taxation for those SSBs that do not have nutritional labelling.
d) 100% fruit juice and unsweetened milk and milk products are exempt.