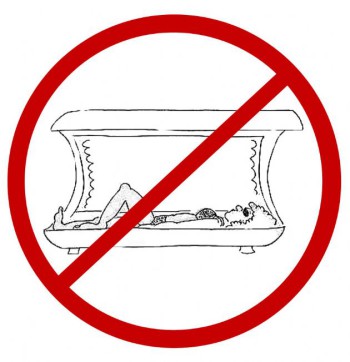 Many people think that a tan looks glamorous and will make use of sunbeds to achieve a tanned look.

Young people are increasingly being targeted by the beauty industry, with special promotions on sunbed sessions prior to matric dances.

Sunbeds have been classified as carcinogenic (causing cancer) to humans.

Don’t let the beauty industry or misguided celebs fool you into thinking a tanned look is worth getting cancer!

An International Agency for Research on Cancer (IARC) Working Group has classified UV-emitting tanning devices as “carcinogenic to humans” (Group 1).

The Working Group was convened by the IARC Monographs programme and the conclusions are reported in an article and press release issued today (29 July 2009) by The Lancet Oncology .

Combined analysis of over 20 epidemiological studies shows that the risk of cutaneous melanoma is increased by 75% when the use of tanning devices starts before age 30.

There is also sufficient evidence of an increased risk of ocular melanoma associated with the use of tanning devices. Studies in experimental animals support these conclusions and demonstrate that ultraviolet radiation (UVA, UVB, and UVC) is carcinogenic to humans.

These findings reinforce current recommendations by the World Health Organization to avoid sunlamps and tanning parlours and to protect yourself from overexposure to the sun.

The International Agency for Research on Cancer (IARC) is part of the World Health Organization. Further information can be found in the 2006 report of an earlier IARC Working Group and from WHO’s website.

Individuals Who Should Never Use a Sunbed

According to the World Health Organisation (WHO), the following individuals should never make use of a sunbed: