Patient Groups March for Access to Medicines in South Africa 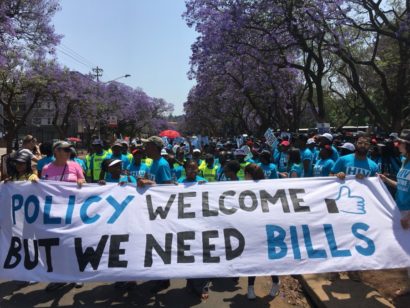 24 October 2017 – Pretoria: More than 1,000 members of the Fix the Patent Laws Coalition (FTPL), of which CANSA is a member, will march to the Department of Trade and Industry (dti) rallying in support of government’s efforts to fix South Africa’s patent laws and remind law makers that people’s lives depend on the rapid conclusion of this law reform process.

The FPTL coalition will also hand over its in-depth submission in support of the draft Intellectual Property (IP) Policy and a new report documenting the dire inaccessibility of cancer medicines due to patent barriers. The dti first released the draft policy in August 2017. 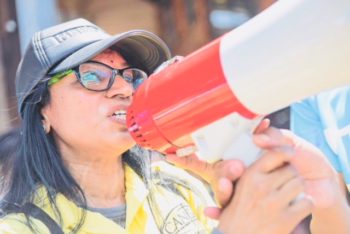 CANSA calls for SA patent laws to be revised…

The rally is near the first anniversary of the tragic passing of Tobeka Daki – a prominent FTPL activist and a mother of two who fought HER2+ breast cancer. In 2016, Daki couldn’t afford the medicine she needed, trastuzumab, due to its exorbitant price tag of almost R500, 000 per year. Roche, the pharmaceutical corporation that makes trastuzumab, has a protected patent monopoly on the drug enabling this high price.

The cancer medicines report highlights that the case of trastuzumab is not unique:

“It seems that the dti has woken up to the fact that it’s time to put people’s health over pharmaceutical corporations’ profits. The cancer report indicates just how urgent this is, which is why we want to show our support for this draft IP policy,” says Salome Meyer of the Cancer Alliance. “This is South Africa’s chance to be a global role model in this area and we are ready to push Parliament next year to make this a reality.” 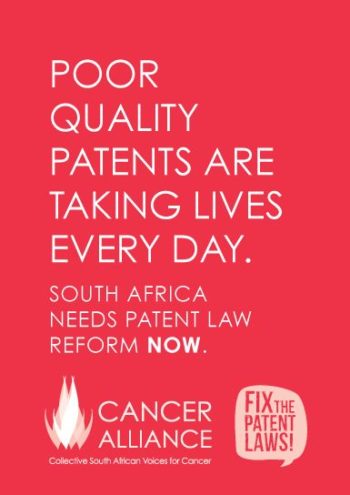 While the new medicines report highlights the serious issues in accessing many cancer treatments as a result of South Africa’s current patent laws, this is only one disease among many facing these problems. People across the country suffering from diseases ranging from HIV and TB, to epilepsy, to mental illness are all affected by similar access problems as a result of patent barriers, and it is the widespread nature of this issue that makes the finalising of patent law reforms all the more urgent.

The Cancer Alliance and Fix the Patent Laws today launched a new medicines report that outlines 24 specific cancer medicines that people have struggled to access as a result of patent barriers in South Africa.

Download PDF: Submission of the Fix the Patent Laws Campaign

The submission comes two months since the dti finally released a new draft IP Policy. The draft policy is landmark for South Africa, sixteen years after the signing the Doha Declaration on Public Health – a critical international agreement, that confirmed countries’ ability to amend their laws to incorporate public health safeguards.

The move was welcomed by 36 patient advocacy groups who make up FTPL. They described it as progressive and positive step towards advancing the constitutionally guaranteed right of access to health care services and access to affordable drugs. 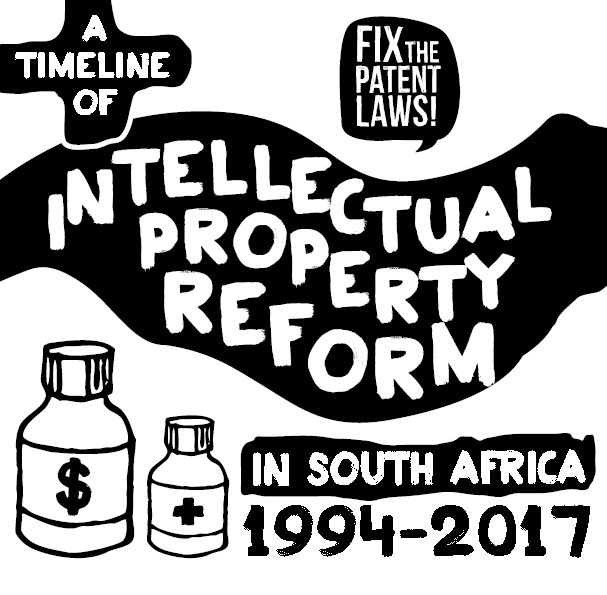 Memorandum and next steps… 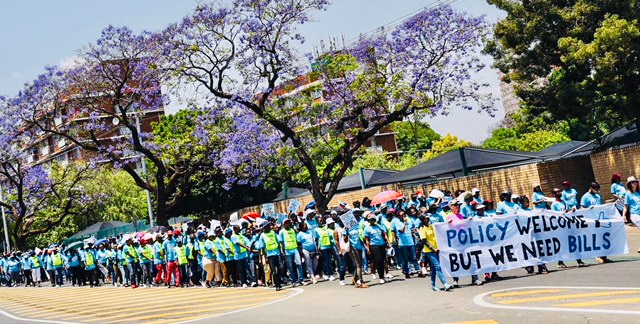 About the Fix the Patent Laws Campaign: