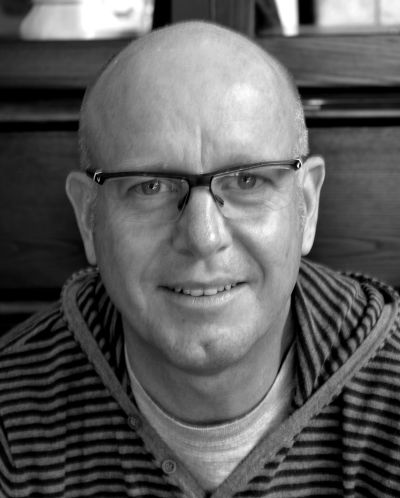 Torsten Koehler was a primary school biology teacher at the time he discovered he had aggressive testicular cancer. He has written a book ‘Love Your Nuts’ about his journey along the road to recovery and is actively involved in promoting awareness re testicular cancer.  Read more about Torsten’s journey below and visit his website for more info on his book.

What Energises Me to Talk Balls?

I was a teacher when I had testicular cancer. Every year I explained it to the students in class to make them aware.  A former student of mine invited me for coffee in 2006 … just to say thank you that I explained it in class and made them aware. Because of that he went to the doctor in time and was saved at the age of 16! Just that makes it worth standing up for cancer and energises me to talk balls!

I was a teacher in Windhoek, Namibia. On vacation in Germany I was looking for a book on sex education to use in Grade 5 and 6. I thought my biology terminology would be too difficult for the children. So I bought a book for children written in the way this age group talks. The chapter on diseases mentioned that testicular cancer is the most common cancer among young men.   As any normal guy would react … I checked my nuts. I found a little lump on the surface of my right testis, no bigger than the tip of my little finger.

Excuses that it couldn’t be cancer ran riot through my mind. Why? Because I’m just a normal guy … who doesn’t go to the doctor; a typical male that doesn’t talk… – maybe because one knows the doctor will grab one’s nuts and check them! One week later the thought that it could be cancer would not go away, so I decided that weekend to go to the doctor, on Monday (Mid-August 1995). He examined me, but wasn’t sure. The next day I had an appointment with the specialist who did a sonar scan. On the screen you could see that little lump but it was too small to diagnose. On Thursday I had a biopsy. That evening the doctor told me it was aggressive cancer, adding that they would have to remove my right testis on Friday morning. Signing a form that read: removal of right testis … was a nightmare!

If this was not enough to cope with, one bad message followed the next: first the removal of the right nut. Then 5 days waiting for the results. I didn’t sleep during that time and my emotions were on a roller-coaster! One moment you think, what if the doctor says you only have 6 weeks or 6 months left … crying. The next moment you think, what if the doctor says the cancer hasn’t spread and it’s just a matter of treatment to be safe … some more crying.

During that time I made a bucket list. I wrote down all the places I would like to see in the world before I died:  flying with a helicopter over Manhattan, seeing  Macchu Picchu, experiencing Rio in South America, looking down at an active volcano, gazing at a glacier, snorkeling at the Great Barrier Reef, etc.

Chemotherapy was the next bit of bad news! Chemo can make you infertile! Next shock! What to do? Sperm cells had to be frozen just in case I would be infertile after the chemo. So I drove all the way to Cape Town to put my “kids” on ice! Not a pleasant experience going to the clinic to donate sperm cells – feeling like a 14-year-old caught by his friends!  Back in Namibia I had 2 sessions of chemo, 5 days each. Chemo is poisonous to the body and makes you feel rotten – to put it mildly.

Educating My Students Inspires Me

I explained cancer & chemo to my students in class and showed them how I was losing my hair. I told those boys in Grade 6, “You all play with your nuts!” They started laughing. Yep, well, we all play –  big and small boys! I told them,”If you feel a lump, go to your mother or father and tell them you had a teacher who told you to see the doctor if that happens.   Two of the grade 6 boys came back the next day and told me that they had felt strings at the back of their nuts. I explained to them that those strings belong there. When they left, I smiled: Two came and asked. Hopefully all the others would at least be checking their nuts. That is why my book is called: Love Your Nuts!

Depression Forces Me to Face My Fears

All of this happened at the end of 1995. I had the courage to go on in life, but during 1996 I slowly turned into a very negative and depressed person. The fear that cancer might return was on my mind all the time. Every time my body hurt somewhere … I just thought:  cancer. I didn’t enjoy teaching anymore. Children and staff irritated me! I decided to resign and do something for myself. I needed time for myself: Time to face my problem; time to solve my problem.

I resigned and started traveling. I backpacked the world for 2 years! To finance this I worked on a campsite in Munich during the summer season. I started there in March. In April there was not much going on, so my boss gave me a week off. I decided to travel somewhere because I had to be in Munich for the whole summer.

I had the idea of flying to Budapest, but the flight and train tickets were too expensive. So I asked the travel agent if there were any specials, and there was: to New York. She checked flight availability and there were still seats left for that evening. She stared at me when I said I would like to fly that night. I bought a ticket, then went into a bookshop to get a travel guide.

Back at the campsite I packed my stuff, had a shower and set off to the airport. Only after checking in I realized what I was doing. On the way to New York I browsed the travel guide because I had no idea how to get from the airport to Manhattan, where to stay, what to do … While browsing I found an ad: helicopter rides over Manhattan. My bucket list popped up in my mind. I decided that it didn’t matter how much it was going to cost … I would fly over Manhattan.

On the fourth day the weather was perfect for a flight. While flying over Manhattan, tears were running! The others must have thought I was crazy or afraid of heights or whatever … That flight changed my attitude towards life! When I was negative and depressed, life was meaningless. Pointless! No reason to live. If I died, who would miss me? My family and friends perhaps. And another teacher would take over my biology classes and carry on teaching. Insane thoughts, but my default setting at that time!

Living My Dreams Restores My Zest for Life

Only after that flight I slowly came to the realization that life just makes sense if you have aims or dreams. If you don’t skip any of life’s challenges.

On my way back to Munich I decided to travel to all the destinations on the bucket list. My zest for life slowly returned! In those 2 years of travelling I went to all the destinations except for Rio. That’s still on the list. In the two years of traveling I fought a mental/emotional fight. I tried to erase the negative experience out of my system, because I wanted a normal life again. I read a lot of books about religions, psychology, life and death. I spent a lot of time on my own and did a good clean-up of my hard drive, called brain!

I returned to Namibia after 2 years and started teaching at my old school again. I was looking forward to it. But seeing family and friends was not easy. It took me nearly a year to fit in again. I changed a lot in those 2 years. In Windhoek little has changed. The people – as in every city in the world – have their routine. Often conversations didn’t last long because I couldn’t share what I had experienced or I could share it only in part.

I have seen life from a different angle. A cancer survivor once said to me: “Life is like light. Some people see only white light. Cancer shattered my white light like a prism. I relish the entire range of colours!” 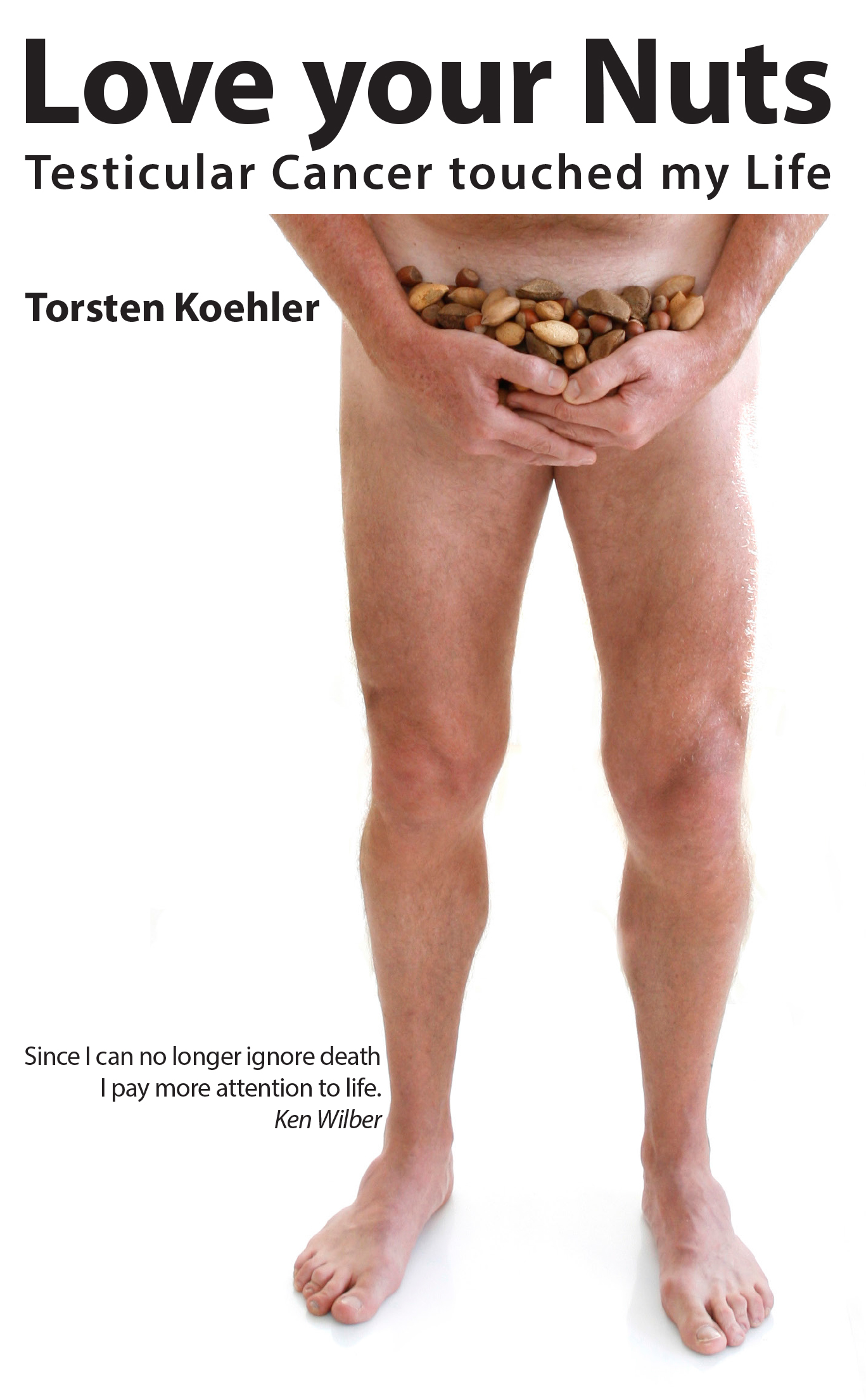