Celeste Serfontein stayed at the CANSA Mkhuhla Care Home for a few weeks receiving daily radiation therapy – treatment which had been delayed until it was too late for her to benefit from it. She was not able to complete this treatment as she was too weak.

Sr Linda Cipolla (CANSA) mentioned that sadly Celeste shared that she was also diagnosed too late. She had a sore on her tongue and went to the dentist and doctor to investigate it. However, it was only taken seriously and a biopsy done, after two years. At this stage the cancer had spread.

CANSA has been overwhelmed by the number of complaints and concerns raised by cancer patients and families in KwaZulu-Natal (KZN) regarding the problems relating to delays in accessing cancer treatment. This concern is shared by healthcare professionals in KZN, many of whom have left in despair, after facing seemingly insurmountable challenges in treating cancer patients without functioning equipment.

We have shared our voice on this matter many times now, but really this story belongs to the many patients who are left high and dry by a system that is failing them, causing irreparable damage, decimating families and leaving grieving relatives and orphaned children.

The story of Celeste is just one of many that are not being heard. But today we would like to share it because it is for people like Celeste and others that CANSA will continue to fight this violation of human rights and do what we can to ensure an acceptable and accountable service for cancer patients in KZN.

So we respectfully acknowledge the fear, the helplessness and the trauma that cancer patients are enduring as their cancer worsens, all the while they continue to be denied treatment that should be readily available.

Sadly, even Celeste’s story cannot be voiced by her, but is told instead by her husband Gavin, as she is no longer alive to do so.

On the 2nd of November 2015 a beautiful young lady, Celeste Serfontein, received the devastating news that she had cancer of the tongue.

A very aggressive form of cancer namely a Squamous Cell Carcinoma with perinural and lymphovascular invasion, which meant that it needed urgent treatment as it had spread via the blood vessels, nerves and to the lymphatic systems.

The Oncologists, ENT and Plastics departments at Inkosi Albert Luthuli Provincial Hospital (KZN), were very helpful and did all that they could through invasive and reconstructive surgery, but their hands were tied with respect to starting the radiation therapy, which Celeste urgently required, as the first available date for treatment was only in mid-August (6 months after surgery).

We attempted to get the treatment done at Universitas Regional Hospital in Bloemfontein, but were rejected, even though we had a referral letter from IALCH, due to us not being resident in the FS province.

Our case was also being attended to by the Office of the President, but unfortunately the only correspondence was initiated by myself and no assistance was given using this avenue.

After the initial diagnosis and surgery Celeste recovered extremely well and was released from hospital 2 weeks early due to her rapid recuperation.

Approximately 3 weeks after surgery the cancer had started becoming very aggressive and a lump had started forming below her right jaw.

After another 2 weeks I had to confront the Oncologists at IALCH and they started chemotherapy for a period of 6 weeks, but this had little effect on the growth which by this stage had started to split the skin along her scar line.

The pain was now starting to become unbearable and weight loss was evident due to the negative reaction to the chemotherapy, but Celeste soldiered on and stayed positive.

By the time that the radiation machine was eventually brought back on-line at Addington Hospital, it was now the end of July, and the damage was done.

We went through the process of getting her radiated with complimentary doses of chemotherapy, but having no PEG to assist with feeding and being cooked all the way down the entire length of her throat, Celeste was too weak to continue, as the treatment was killing her.

Who Will be Made Accountable?

I hope that for one the ANC government makes someone accountable for the unnecessary deaths in this beautiful country of ours, instead of protecting their cadres who should not have been in positions of authority relative to the well-being of patients who desperately needed their rights to the best medical treatment possible to be fulfilled. 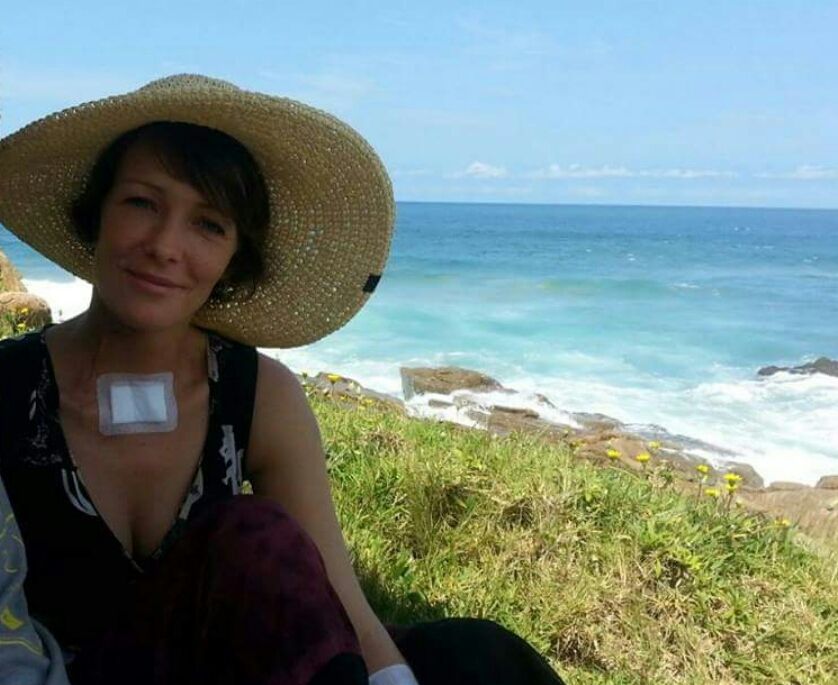 Rest in peace my sweet Celeste. I think of you every day – I will love and miss you for ever. You did not deserve to die that way and had so much to offer this world…

A deal agreed to by the KwaZulu-Natal (KZN) health department to repair and maintain two state-of-the-art cancer machines that could cost taxpayers as much R58 million broke literally every rule governing the way government departments are meant to procure services.

Dr Zwane, who qualified as an oncologist in 2014, told senior health officials that he was an authorised agent of Varian in KwaZulu-Natal and would provide them with a letter of appointment. There was no tender for the deal. It was never advertised. And to top it all, Dr Nkanyiso Johnson Zwane and his company KZN Oncology Inc are not the authorised agents of Varian, the company that manufactured the two RapidArc linear accelerators which were installed in Durban’s Addington Hospital in 2009.

In media reports it has emerged the department had in fact stopped paying TecMed, the agents allocated to maintain the machines, early in 2012, but they continued to do the repairs for a further 9 months, unpaid. By late March 2013 both machines had stopped working and Addington Hospital cancer patients were being bussed to Durban’s Inkosi Albert Luthuli Hospital. According to one radiologist, who spoke to the South African Press Association (Sapa) at the time, the waiting period for treatment had increased from two weeks to five months. Radiotherapists were so distressed at having to change patients’ care from being curative to palliative. A number underwent counselling at the department’s expense and a second experienced oncologist, Dr Neil Narsai, quit as did a number of radiologists.

It would make interesting reading to see how many patients were lost due to this corruption and incompetence. So unnecessary and soul destroying for all those left behind.

Gavin McCann
Cellie’s “broken” other half