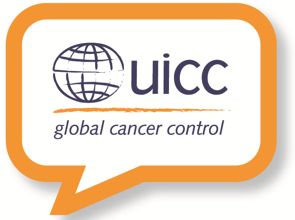 30 May 2017: Geneva, Switzerland – Today, health leaders from across the world reaffirmed cancer control as a critical health and development priority as they adopted a new cancer resolution at the 70th World Health Assembly (WHA) in Geneva.

The current WHO Global Action Plan on Non-Communicable Diseases (NCDs) and the ambitious targets of the United Nations (UN) Sustainable Development Goals (SDGs) 2030, including SDG 3 (Good health and wellbeing ), creates a timely imperative to invest in cancer, a leading NCD killer. With 1 in 3 people directly affected by cancer and 8.8 million annual deaths , this disease is one of the world’s most pressing health concerns.

Cancer is estimated to cost world economies as much as US$1.16 trillion annually – a figure that is projected to grow exponentially if action is not taken now to reduce the spiralling growth in the number of cases and the impact on both individuals and healthcare budgets. The greatest financial and human impact of cancer is felt within low- and middle-income countries (LMICs), where only 5% of global resources for cancer prevention and control are spent.

The 2017 cancer resolution is a direct response to this challenge, providing countries with guidance for change from health promotion and risk factor reduction, with particular emphasis on the tobacco control policies laid out in the FCTC and anti-cancer vaccines, but also the need to address inequity in access to early detection, timely and appropriate treatment, including pain relief and palliative care. The Union for International Cancer Control (UICC) applauds the emphasis on evidence-based outcomes for all people living with cancer and inclusion of the special population of children, adolescents and young adults with cancer.

New is the emphasis on integration of cancer efforts across national health plans and the call for scale up of activities in line with the SDGs. Four key drivers impacting cancer mortality by 2025 that are supported by the updated WHO cost-effectiveness recommendations for NCDs also approved at this WHA are:

Early diagnosis programmes for cervical, breast, colorectal and oral cancers
Development of partnerships, referral networks and of centres of excellence for improving the quality of cancer diagnosis, treatment and care services and facilitating multidisciplinary cooperation
Training of health professionals at all levels of health care, and
Strengthening of palliative care and promotion of cancer survivors’ follow up and rehabilitation.

“Stakeholders from all sectors must now begin working together to ensure this latest global commitment document translates into impactful national action, particularly in LMICs where the cancer burden is set to increase most rapidly,” said Professor Sanchia Aranda, President of the Union for International Cancer Control (UICC).

This is the first time a cancer-specific agenda item has been discussed at the World Health Assembly since 2005, with Member States from all regions signalling their support of the process to develop a comprehensive resolution, ushering it through initial discussions at the WHO’s Executive Board meeting in January and co-sponsoring the final resolution.

This resolution is the result of a call to action raised following last year’s 69th WHA side event co-hosted by UICC on ‘Making the Right Investments for Cancer Control’ with a number of Member States, including Jordan, Malaysia, Zambia, Honduras, Kuwait and Spain. This call stressed the importance of a clear health systems response for cancer, with an emphasis on a framework for strengthening diagnosis, treatment and care, particularly access and availability of surgery, radiotherapy and opioids for pain management, as well as addressing the rising costs for cancer medicines.

“Successful adoption of a comprehensive cancer resolution one year after we made the call to action, shows Member States recognise the critical cost of inaction and are ready to act,” said HRH Princess Dina Mired, President-elect, UICC.

With global commitments agreed, it is of paramount importance that Member States and civil society are equipped with data in order to target actions most effectively and the plans and financing to follow through with national action now if we would like to see a 25 percent reduction in NCDs by 2025.

“We are delighted to see a 2017 cancer resolution that is well timed to drive progress that will have an impact by 2025. UICC will join the NCD community in the lead-up to next year’s United Nations High-level Meeting on NCDs, which provides the first formal opportunity since 2014 to check in against cancer and NCD targets, and to stress the urgency of the actions put forward in the cancer resolution,” said Cary Adams, UICC CEO. 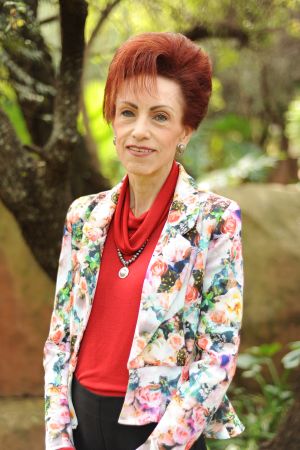 CANSA’s CEO, Elize Joubert,participated as a member of the SA NCD Alliance in the NCD Advocacy Institute Accelerator Programme, which took place from 20 – 24 May 2017, during the 70th Session of the World Health Organization’s (WHO) World Health Assembly (WHA) in Geneva, Switzerland. Read more…

The Union for International Cancer Control (UICC) is the largest international cancer membership organisation in the world. It has more than 1,000 organisational members in 162 countries.

UICC is dedicated to taking the lead in convening, capacity building and advocacy initiatives that unite the cancer community to reduce the global cancer burden, promote greater equity, and integrate cancer control into the world health and development agenda.

Through UICC’s UN Economic and Social Council (ECOSOC) status, UICC enjoys formal relationships with many UN agencies, including the World Health Organization (WHO), the International Agency for Research on Cancer (IARC), the International Atomic Energy Agency (IAEA) and others.

UICC has partners across all industry sectors and has access to the world’s experts in practically every domain of cancer control. Over many years, UICC has earned a reputation for being an independent, objective voice for cancer control, willing and able to bring together parties committed to delivering global change through the implementation and scale-up of quality and sustainable programmes that address the global burden of cancer and other non-communicable diseases (NCDs).

UICC is a founding member of the NCD Alliance, a global civil society network that now represents almost 2,000 organisations in 170 countries.