World Lung Cancer Day – Why Tobacco is a Problem

Tobacco use is the most preventable cause of cancer in the world.

Estimates suggest that approximately one-third of all cancers are caused by tobacco use.

In South Africa lung cancer features among the 5 top cancers in the country among men and women.

Why is Tobacco a Problem?

Tobacco is a widely and legally available product which, through the drug nicotine, is highly addictive and is promoted by a powerful and highly profitable industry. It has several marketing advantages over other addictive drugs. Other addictive drugs are mostly illegal, their method of administration is often by injection, they are socially disruptive, and they have very low social acceptability. In contrast, tobacco use has been the norm in the past and still has social acceptability in certain societies. Thousands of harmful chemicals are present in tobacco and particularly in tobacco smoke, which has documented serious adverse health effects. There are 70 known carcinogens in cigarette smoke including nitrosamines, polycyclic aromatic hydrocarbons, benzene, cadmium, toluidine, and vinyl chloride. 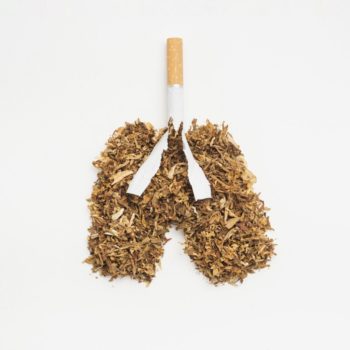 Can Anything be done to Curtail Tobacco Use in South Africa?

The World Health Organization (WHO) has validated several strategies which are effective in curtailing the use of tobacco.

One of the methods cited is the use of smoke-free legislation to prevent exposure to second-hand smoke (SHS) as it is also important in preventing cancer because SHS is also a known contributor to cancer development.

The importance of smoke-free policies for cancer prevention is high. SHS is a definite cause of cancer and is defined as Class 1 carcinogen by the International Agency for Research on Cancer. The number of cancers caused by SHS can be calculated , but smoke-free policies have other cancer prevention benefits. They discourage young people from starting to smoke, encourage smokers to quit, and help former smokers stay off smoking . Smoke-free policies can achieve their positive effect by educating about the health benefits, limiting opportunities to smoke, and promoting an attitude of denormalization of smoking. Smoking has often been regarded as a normal social activity despite the fact that it is addictive, is a cause of great inequality, and contributes significantly to disease, disability, and death.

The new Control of Tobacco and Electronic Delivery Systems Bill will make it easier for South Africans to choose smoke-free lives, regulate the danger of e-cigarettes and decrease the impact of second-hand smoke on the majority of the population, who are non-smokers.

It’s time for our people and our government to show leadership in implementing global best practice to curb the onslaught of big tobacco.

The THINA ABANTU PROTECT OUR NEXT CAMPAIGN aims to mobilise public support for the Tobacco Bill. It is a‘call to action’ – for South Africans to join the movement that seeks to Protect the Next Generation by supporting the Tobacco Bill.

View helpful tips from Allen Carr’s Easyway to Stop Smoking Programme – a CANSA Smart Choice. Those wanting to quit can subscribe to CANSA’s eKick Butt programme that provides a series of handy tools to help you quit through a series of emails. Or call the National Council Against Smoking (NCAS) QUIT Line: 011 720 3145 or email: quit@iafrica.com – find additional support resources to help you quit for good here…