Tracy Maritz Believes Melanoma Caused by Use of Sunbeds 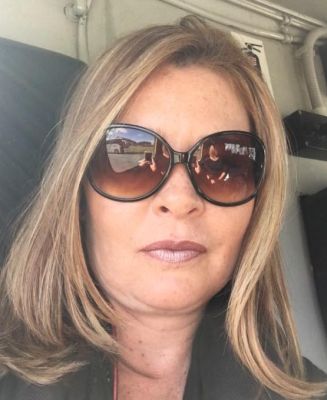 Tracy is a Survivor. She has survived the tsunami in Thailand in 2004, had IVF and miscarried twins and supported her husband through his prostate cancer diagnosis and surgery. But the most difficult battle she has had to face is her personal fight against melanoma.

Tracy was diagnosed with melanoma at the age of 37 yrs, when she was seven months pregnant with her daughter, Gemma. She had battled to fall pregnant previously and now, so close to the finish line, her pregnancy was at risk.

A pinky-brown mole on the inside of her calf seemed to be growing rapidly. It was symmetrical (unlike the moles you would expect to be cancerous). The dermatologist decided to remove it, but did not seem overly concerned. When the dermatologist contacted her with the news that there was cause for concern, Tracy was initially more concerned with fulfilling her work obligations. She was shocked when her dermatologist told her that her life was more important than a business meeting. Only then did she realise that something was seriously wrong.

Seven months pregnant, surgery was scheduled and a large section was removed from Tracy’s leg. Fortunately, she was able to go to full term with Gemma.

Two years later, when she was in the shower, Tracy felt  a marble like growth in her groin. She immediately contacted her oncologist. After a biopsy the results confirmed that the cancer had returned. Devastated by the recurrence, Tracy a mom of a young child, wandered if she was going to die. She underwent surgery to remove the lymph nodes in her right groin.

Tracy also had to inject herself with Interferon three times per week for a year. She lost 25 kg and eventually weighed only 45 kg. She was tired and had no appetite and withdrew from her friends. She felt as if people were looking at her and seeing a corpse, as she struggled with the side effects of treatment.

It was an extremely difficult time, coping with a two year old and helping her husband run their business.

She lost count of all the surgeries, as the same scenario repeated itself over time. The cancer presented in her left groin and a tumour was discovered on her right hip. Tracy underwent chemo and radiation. In April 2014 she went for surgery to remove the tumour.

She laughs as she recalls how bizarre her request to the surgeon must have sounded. She wanted a moment alone with the tumour they had removed! Tracy gave that tumour a piece of her mind. She yelled at it and said it had no place in her body. That she was in control…

2016 – Tracy recently went for scans – she is happy to report that she has shown no evidence of disease for two years.

Sunbeds May Have Caused Melanoma

Tracy, who has fair skin and freckles, believes that the 20 sunbed sessions she did prior to her honeymoon, possibly caused her melanoma. Says Tracy, “A killer tan IS a KILLER tan!” If she could turn back the clock, she would.

She now lives in constant fear that the melanoma will return and describes it as a “sleeping dragon”. When will it wake? Tomorrow, in ten or twenty years? She will always have to be on her guard against it. People have meant well when they have told her to remain positive, but it doesn’t matter how strong or positive you are, if you are living with this kind of fear daily, says Tracy.

Adapting and Being Vigilant

Tracy advises cancer Survivors to live each day fully; to write everything down (her memory is not what it was and she has been known to triple book an appointment), especially when visiting your medical team (take someone along to help you keep track); to realise things might not be the same – food tastes different, personality can change. Cancer treatment can have many side effects and one can never go back. It’s best to make the most of what is positive, work around the negative. For example, Tracy will garden at 7 pm now…

Tracy also believes in taking control of her destiny by informing herself about all aspects of treatment and the disease and by working in close partnership with her dermatologist, surgeon and oncologist. She should go for 6 monthly check ups, but prefers to go every 3 months, and makes use of apps to check her moles.

She has taught Gemma to be SunSmart from infancy and encourages other parents to do the same for their children.