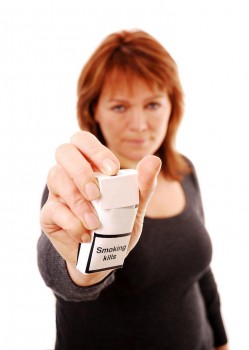 7 August 2012 – Johannesburg – The Constitutional Court has turned down a legal challenge against a ban on smoking advertisements, the National Council Against Smoking (NCAS) said on Tuesday. The court declined a request by British American Tobacco SA (Batsa) to hear an appeal of a judgment upholding the ban by the Supreme Court of Appeal in June of this year, NCAS said in a statement.

“After examining the cigarette company’s application for leave to appeal the judgment it ‘concluded that the application should be dismissed with costs, as there are no prospects of success’,” the council said. It had joined the court case between Batsa and the government with a “friend of the court” brief.

NCAS executive director Yusuf Saloojee said he welcomed the Constitutional Court decision and argued that it confirmed that the country’s tobacco laws were fair and based on science. “The freedom of teenagers to grow up healthily is more important than the freedom of the tobacco companies to advertise a deadly addiction,” Saloojee said.

Saloojee argued that challenges to laws to curtail smoking were an “on-going struggle” with court challenges from tobacco companies. “Yet, on the only occasion that the courts have actually tested the tobacco law it has been (found) to be reasonable and justifiable,” Saloojee said.