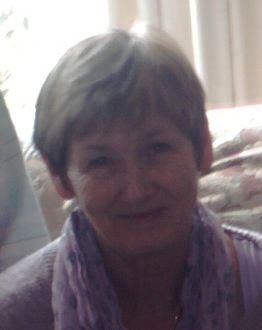 Sheila Moolman (64) is a CANSA Volunteer, helping the CANSA Durban Care Centre. In 2002, she was asked to take over the running of a cancer support group which held monthly meetings at a local church. “I was already involved in a small way by facilitating their advertising. At the time I was reluctant on two counts: one I have not had cancer and two I was not somebody that enjoyed being “on stage” addressing an audience, but for some reason I accepted.”

She has continued serving as a volunteer over the last 14 years. “I have been on a journey that has made be me grow in so many ways that I would never have imagined. I have witnessed courage, fortitude and serenity in so many that have faced this disease and formed so many wonderful friendships. I have shared their stories which have humbled me and made me grateful for what we take for granted in life. I derive a sense of fulfilment from witnessing the interaction between patients who are fearful at the time and the support and comfort they give to each other,” says Moolman.

It is Volunteers like Sheila who should be acknowledged for the important contribution they make to the communities in which CANSA serves.

Even with all the help of our current Volunteers, we can never have enough helping hands. Make a change in your world, and join CANSA as a Volunteer. Learn all about how you can become a Volunteer.