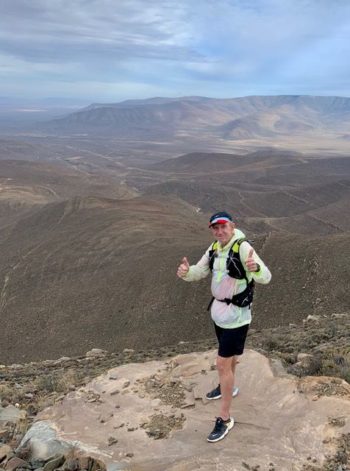 Richard Lomax believes that cancer should not stop one from achieving one’s dreams. He lives out his belief through his active lifestyle, and is passionate about raising awareness of cancer, particularly skin cancer.

Says Richard, “About 8 years ago I got skin cancer and since then I have battled reccuring skin cancer, sometimes mild, but at other times quite severe. I’ve been hospitalised to remove cancer that had spread to my brain. A brain tumour was removed I had two rounds of radiation treatment.

I am so thankful that I was able to recover. The treatment I received saved my life on a number of occasions and allowed me to remain active.

I have friends and family who have cancer and again the treatment has allowed them to recover. I have also lost family to cancer, so it is a condition that has had a profound influence on my life.”

Richard will be doing a combination of cycling and running to raise awareness and funds for CANSA.