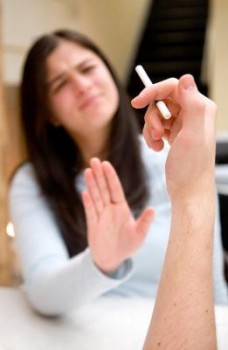 18 June 2012: A quick puff in the office’s smoking room, lounging in a restaurant’s designated smoking area and even having a cigarette on a crowded beach or alongside a walkway – these are all “personal choices” that could soon become illegal.

The Free Market Foundation, which is calling on the public to oppose new amendments proposed for the Tobacco Products Control Act, says that should the act be passed, it would consider challenging its constitutionality.

The deadline for submissions commenting on the proposed amendments is at the end of the month. See previous press release…

The foundation has spoken out strongly against the amendments, saying it paved the way towards SA becoming “a nanny state”.

The National Council Against Smoking has disagreed with the Free Market Foundation’s view, saying it was the only organisation that had come out against the amendments.

“The law works because it is popular; there is wide-spread support for it,” the council’s director, Peter Ucko, told the Cape Times.

At a press conference on Friday, the foundation’s executive director Leon Louw said the amendments were unpractical and could not be properly enforced.

“This is not just about health… It sets a very dangerous precedent in terms of rights and free lifestyle choice,” he said.

On beaches, smokers will have to be at least 50m away from the nearest person.

Smokers will also not be allowed to light up within 10m of a window or doorway in a public place.

Employers and the owners of establishments such as restaurants were allowed to demarcate an outdoor area for smokers subject to stringent conditions.

Among these conditions are that no food or refreshments could be served in the designated smoking area, that no entertainment could be provided and that smokers be “discouraged from remaining in the area longer than is necessary to smoke a cigarette”.

Louw said if the amendments were eventually passed, it would consider challenging their constitutionality in the courts.

Their aim, however, was to stop the proposed regulations before they were even made law.

Ucko maintained that while smokers had a choice over whether to smoke, non-smokers did not always have that choice when breathing in second-hand smoke in a public area.

“These amendments are long, long overdue and it’s a very good change because it’s a public health measure.

“There is no right to smoke but there is a right to clean air,” he said.

Interested persons are invited to submit comments on the Proposed Regulations to the Director-General of the Department of Health.