Home » I have Cancer, Stories of Hope

Vibrant Lerato Monyatsi shares how she is climbing her way to victory over colon cancer.

Being an extremely active, nature loving, backpacking hiker and supermom, never did Lerato, a single mother, think she would be faced with the big C.

“It was around December 2019 when I first encountered discomfort in my abdomen. I was bloated and constipated so I went to see a doctor. I was prescribed medication to flush all the waste out and the doctor concluded that I had haemorrhoids and medicated as such,” she says.

“A month or two later, the same scenario played out, though this time with more pain, blood in stool, fatigue, and both diarrhoea and constipation which resulted in me visiting the bathroom about eight times a day. Again, I was told the cause was haemorrhoids.”

Lerato felt a disconnect between how she felt and what she was treated for. This led the single mother to do her own research. Google and YouTube became her go-to research archives as hospital visits were a no-go zone, due to the COVID outbreak last year March. When the research pointed to a high possibility of colon cancer, it unsettled her. 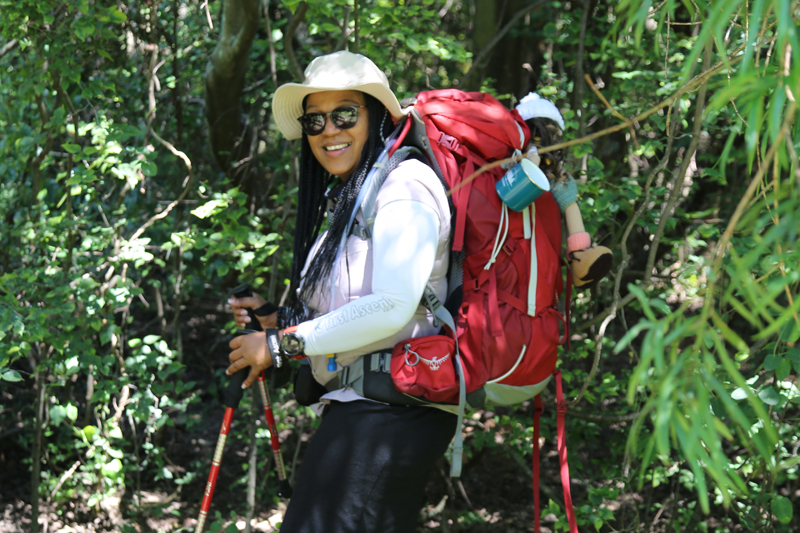 Unfortunately, the 39-year-old landed up in casualty. This time she was advised to urgently consult a surgeon. Three days later Lerato was in theatre undergoing a colonoscopy and gastroscopy. She says, “Truth be told, I’d never even heard of these procedures, let alone knew what they were.”

Not long after the procedures, Lerato was diagnosed with Stage 3 colorectal cancer in July 2020. “My world came crashing down. I didn’t know if I was coming or going. I wanted to pray but words failed. Immediately, my mom and sister came and stayed with me, called the office and told my manager about my diagnosis.”

“I consulted with two oncologists who advised that the best option would be surgery and chemo-radiation. I was content with this plan as my research showed this to be the standard way for treating colorectal cancer.”

The laparotomy and colostomy surgery left Lerato with a permanent colostomy bag. This has been the biggest challenge for her to accept. She then had six cycles of chemotherapy over a period of six months (which she is still undergoing) and 25 sessions of radiation for five weeks every day.

“I stopped working immediately and saw the most amazing support from my employer. I was booked off for three months, and I am allowed to work half day until my chemo cycles are completed.”

Lerato recalls the first two months after diagnosis were the hardest. She explains, “Between my family and I, we cried a lot. We tried to encourage each other with the word of God but it kept getting heavier and heavier. One morning I send a text to my pastor’s wife and decided to go public and ask for prayer from the church. From that moment on I’ve always felt we are standing on shoulders of giants, prayer warriors and very supportive extended family and friends. The more I spoke, the lighter I felt. I could finally go alone into my inner chamber and talk to God, knowing and trusting that it is well with me.”

“I’m an avid hiker and some mountains I climbed have really beat me down and scourged me but I came out on top at the end of it all. During my weakest time facing my diagnosis, I recalled all those experiences of tough moments on mountains, thinking I didn’t have enough strength to go on but carried on with much support from fellow hikers as we cheer each other on. My cancer diagnosis is another mountain I will overcome. I’m almost at the end of my chemo sessions and I’m already smelling the summit victory. Slowly and steady, I’m getting there. This has not been a light journey at all, it’s tough. But we have it in us, the support from friends, family, and the community around us cheering us on. We will win this battle!” 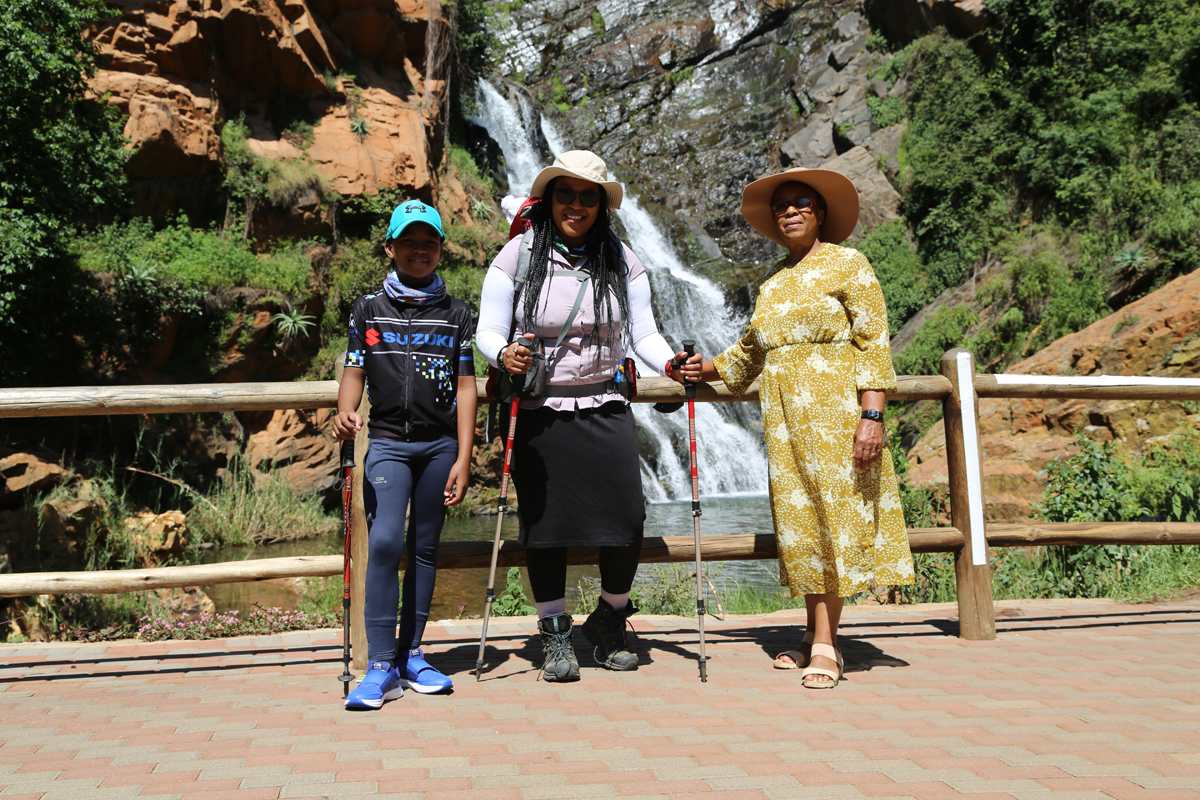 “I found it terribly hard to accept that I am an ostomate. I will be living with a stoma bag for the rest of my life. That is heavy to take in,” Lerato admits.

Lerato says information on ostomates was there but she wanted more. She also feels the financial cost of being an ostomate is exhaustive (she is in private healthcare), in which case how do patients in the public sector manage? She has heard horror stories of public patients taping grocery plastic bags to their stomas.

This led her to partner with a newly formed organisation, The South African Society of Stomates (SASS). It’s a non-profit organisation, formed by ostomates across Southern Africa, to facilitate an approach to ostomy patient care by bridging the gap between the private and public sectors whilst advocating for the rights of fellow ostomates throughout the country.

Lerato works closely with a dietitian to manage her diet due to having a permanent stoma. “Any ostomate will tell you hydration is the biggest and most important of all. I now eat more veggies and fruits than I deemed necessary back then and let’s just say my sweets cupboard is almost non-existent. I’ve resorted to more healthy smoothies for breakfast and less red meat intake for supper. The other day, my son felt like pizza. He enjoyed it but I found out it will no longer be part of my diet. I also now chew a lot more to ensure easy passing.”

“My 2020 consisted of cancer and COVID. I learned that you can plan all you want but best be ready for a curveball that will be thrown your way.”

“On the positive, I’ve learned to slow down, learned to listen, learned its okay not to be okay and to call in for help from others, hard as it still is. I’ve learned to receive love in all its possible ways (from family, friends, strangers who became family, believers, colleagues, fellow hikers, nurses, doctors, car guards, Uber drivers, fellow cancer warriors, and online communities of ostomates). I can truly say I have been loved and cared for.”

“I’ve also learned to share the load and that it’s also up to me to make a difference, starting by telling my story as a cancer warrior and an ostomate.”

“I’m looking forward to returning back to the higher heights, the mountains have been calling and 2021 is my year to continue scaling those heights, returning back home to healing arms of nature as I often say.”

“Recently, I was blessed with a gift by close friends and fellow hikers. It’s a doll version of me (Skirtgirlhiker) and the best is the doll has a stoma bag! For me, this was a great sign of accepting my journey, starting where I am with what I have.”