Home CANSA on the Move for the Youth No-Tobacco Campaign 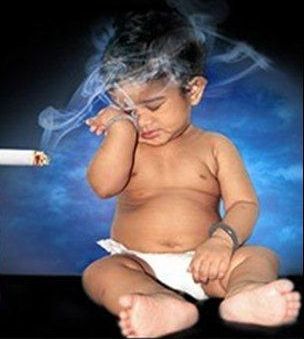 The 2006 United States Surgeon General’s Report concluded that there is no safe level of exposure to second-hand smoke and that even brief exposures can be harmful.

Your response should be zero tolerance

Exposure to second-hand smoke in children increases risk of:

Many countries have passed or are considering passing laws to prohibit or restrict smoking in public places, to protect children from exposure to second-hand smoke outside the home.

Implementation of laws that restrict smoking outside the home do motivate some people to quit smoking and encourages some families to implement smoke-free home rules.

Educational efforts that warn smokers about the harmful effects of second-hand smoke and smoking while pregnant can influence the behaviour of parents.

“I love my smoke-free childhood” appeals to adults and parents to recognize that there is no safe level of exposure to second-hand smoke and to actively support smoke-free environments for children.

It calls on parents and other caregivers to advocate for and provide a safe and healthy environment for children. It is an encouragement of parental responsibility, not a constraint on personal freedom. It recognizes the fundamental right of children to breathe clean air.

For more information or should you wish to quit smoking and need support, contact Gerda Strauss, Head of Health Programmes (CANSA) – email: gstrauss@cansa.org.za

4 Feb 2008 | Published under: CANSA on the Move for the Youth, No-Tobacco Campaign