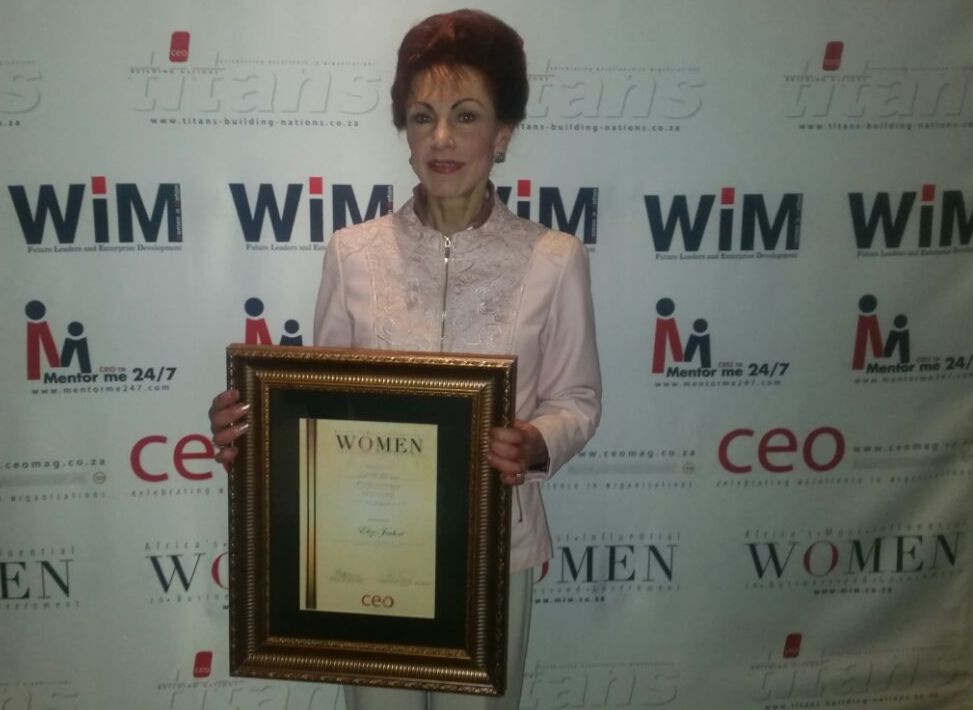 The MIW has developed in standing over the last several years, to become a prominent part of the South African and African business calendar, which allows for the recognition and celebration of women in business. The MIW award recognises women in various sectors who are making a positive impact within their organisation, sector and country.

“I’m highly honoured to receive this recognition and pledge my on-going commitment to health and social issues for the good of our communities. My reward is indeed the development of the communities themselves through the help and support of organisations like CANSA,” says Joubert.

In her career with CANSA, she has represented it at the first, second, fourth and seventh International Conferences for Cancer Organisations held around the globe. She hosted the first International Union Against Cancer Conference in Africa in 1999 that drew attendants from 13 countries. As a Board member in both the South African Non-Communicable Diseases Alliance and the Cancer Alliance she has influence over both the national and international cancer and non-communicable disease agenda setting. Read her full profile here…

A Contender for Continental Awards

Elize Joubert, along with other Africa regional winners will be in line for the Continental Awards later this year.