Cancer of the cervix remains the most common cause of cancer death amongst women in KwaZulu-Natal (KZN) province. 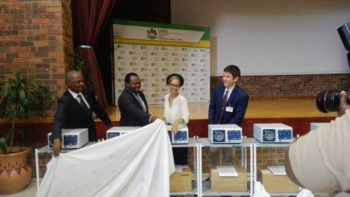 KZN Department of Health has procured 15 new LLETZ machines which will be placed strategically at new sites in order to relieve the case load on current sites.

Risk of progression of cervical cancer can be mostly lowered through a diligent Pap screening programme, followed up by LLETZ (large loop excision of the transformation zone) treatment of those found to have pre-cancerous cells on a Pap smear.

CANSA is helping to plan and implement a Pap smear drive on 21 April 2018 where we are hoping to screen at least 1000 women and raise awareness about the importance of doing Pap smears.

CANSA has also entered into a 5 year partnership with the KZN Department of Health where we will mobilise our nurses and mobile health units (and the NHLS will provide consumables and process specimens) in the areas of the province that have the lowest uptake of Pap smears. We will be starting the roll out this month in three pilot areas – Ugu District (South Coast), Amajuba District (Newcastle) and King Cetswayo District (Empangeni/Richard’s Bay).

At the moment in KZN there is a backlog and bottleneck at the level of LETTZ service provision. The treatment of pre-malignant disease of the cervix has been identified as a priority area, in order to reduce the burden of cancer of the cervix.

KZN Department of Health has procured 15 new LLETZ machines which will be placed strategically at new sites in order to relieve the case load on current sites. It strives to also ensure capacity to manage an increase in cases, which may result from recent improvements in the screening process (KZN has now converted to liquid based cytology).