CANSA and its CEO Announced as 2017 National Business Awards Finalists 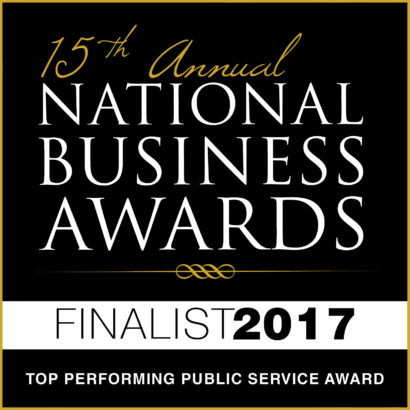 November 2017: Against strong competition, Elize Joubert, CEO of the Cancer Association of South Africa (CANSA) was confirmed as a finalist in the 15th annual National Business Awards, in the ‘Top Performing Business Leader of the Year Award’ category.

Furthermore, CANSA the organisation was listed as a finalist in the ‘Top Performing Public Service Award’ category.

The winners were announced on the 16th November 2017 at Emperors Palace. Although Joubert and CANSA did not win in their respective categories, they are thrilled with the fact that they were named finalists in the prestigious National Business Awards Ceremony.

Commenting on the achievement, Joubert said, “I was very proud to hear this news from Awards organisers, Top Media and Communications. It’s been a tough year economically and becoming a finalist for both CANSA as a non-profit and also myself in these prestigious awards is a great achievement. It’s also the first time in 15 years that a non-profit and its CEO qualified as finalists as part of these awards. This is an acknowledgement of our commitment, professionalism, dedication and teamwork of our people fighting cancer.” 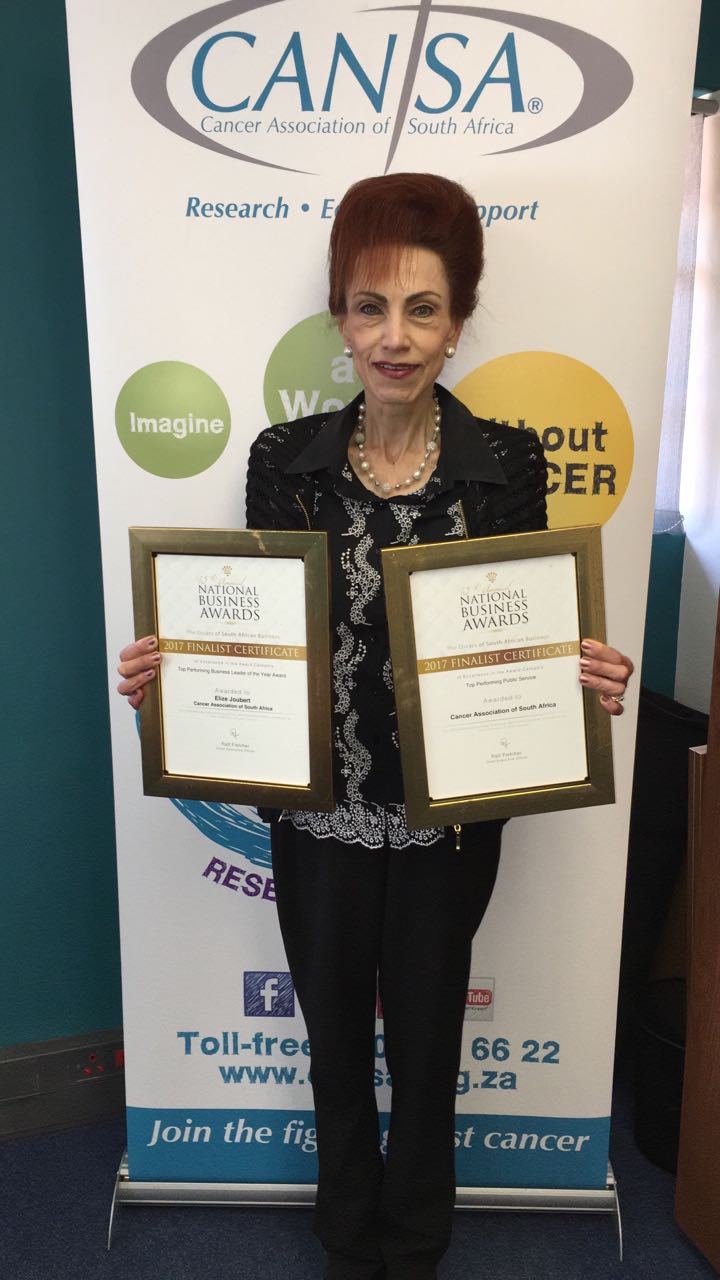 For a decade and a half, the National Business Awards, has awarded outstanding results by both individuals and companies in an array of categories.

According to Top Media and Communications Marketing and Events Director Karla Fletcher, “Our judges were seriously impressed by the calibre of entries received this year. Divining winners from finalists will not be easy for them. Every business leader has a core vision they pursue, whether it is to be an innovator, a game changer, a job creator or an inspiring and mentoring leader. The marketplace should know that all of our finalists have been astutely researched and shown to be the best at what they do.”

Through their recognition on the national stage, past National Business Awards finalists and winners have ignited the ambition of peers in their sector to pursue a similar high water-mark – and Joubert and CANSA aim to do the same.

CANSA has been acknowledged as a leading non-profit organisation by winning several industry awards over the last few years.

In November 2015, Joubert was announced as the African Continental Winner for Welfare and Civil Society Organisations at the 2015 Africa’s Most Influential Women (MIW) in Business and Government Awards. This followed her winning two awards in July: ‘Country Winner from South Africa’ and ‘SADC South Regional’ for the category ‘Welfare and Civil Society Organisations. CANSA also won the Public Service Category in the 2017 Standard Bank Top Women Awards in August 2017.