Another Legal Defeat for Cigarette Companies 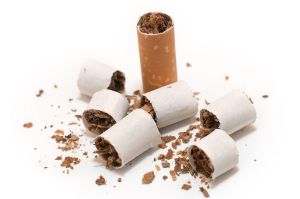 From December, all cigarette packaging in Australia will not be allowed to have tobacco company logos and brand imagery. Instead, they will be sold in brown coloured boxes with the brand names in standard text; the only imaging allowed will be photos of people suffering from diseases caused by tobacco use.

The purpose of the legislation is to prevent youth from starting smoking by reducing the appeal of tobacco packaging. Research shows that young people ‘like’ regular packs and found plain packaging ‘boring’ and ‘less trendy’.  They reported that they were less likely to start smoking if all cigarettes were sold in plain packs.

Plain packaging has several other benefits.  It will remove the ability of the cigarette companies to falsely imply that some brands like ‘light’ or ‘low tar’ are less harmful than regular cigarettes.  It will also enhance the effectiveness of health warnings.The new law will now make it illegal, for example, for the cigarette manufacturers to market cigarettes in ‘slim’ packages to women to promote the belief that smoking is a way to stay thin and control weight.

The tobacco companies have opposed plain packaging more ferociously than any other tobacco control measure, because they know that plain packaging would have a major impact on smoking in Australia – and in the other countries that might follow Australia’s lead.

“The cigarette companies hate nothing more than laws that restrict its ability to sell more cigarettes,” says Dr Yussuf Saloojee, of the National Council Against Smoking. “Their legal challenges are destined to fail because the courts accept that more cigarette sales, mean more sickness and more deaths, and that government’s have a duty to act to reduce these harms.”

This is a second blow in quick succession from the court’s to the tobacco industry’s view that cigarettes are ‘legal’ and that it has a right to market this deadly addiction as though they were selling wholesome apples and oranges.

Last week, the Constitutional Court in South Africa denied British American Tobacco SA leave to appeal against a Supreme Court of Appeal (SCA) ruling that a ban on the advertising and promotion of tobacco products under the Tobacco Products Control Act was “reasonable and justifiable in an open and democratic society”.

“The judgements from Australia and South Africa show that tobacco control laws are fair, responsible and based on a solid legal and scientific platform.  Tobacco industry challenges to these laws may generate much media hype but in the end are nothing more than puffery” Saloojee added.

The Medical Research Council estimates that tobacco kills 44 000 South Africans every year. This is three times the number of people killed on our roads.