1 October 2019 – A jaw-droppingly beautiful bra, made almost entirely of used Rooibos tea bags, has been created by a leading lingerie brand to shine the spotlight on breast cancer which affects 1 in 27 women in South Africa.

The masterpiece was unveiled today to mark the start of National Breast Cancer Awareness Month this October and will be auctioned in a few weeks at a high-profile fundraising dinner in aid of CANSA’s women’s education programmes.

The novel idea, which was the brainchild of the SA Rooibos Council (SARC), CANSA and lingerie retailer, Storm in A-G Cup, has been months in the making. 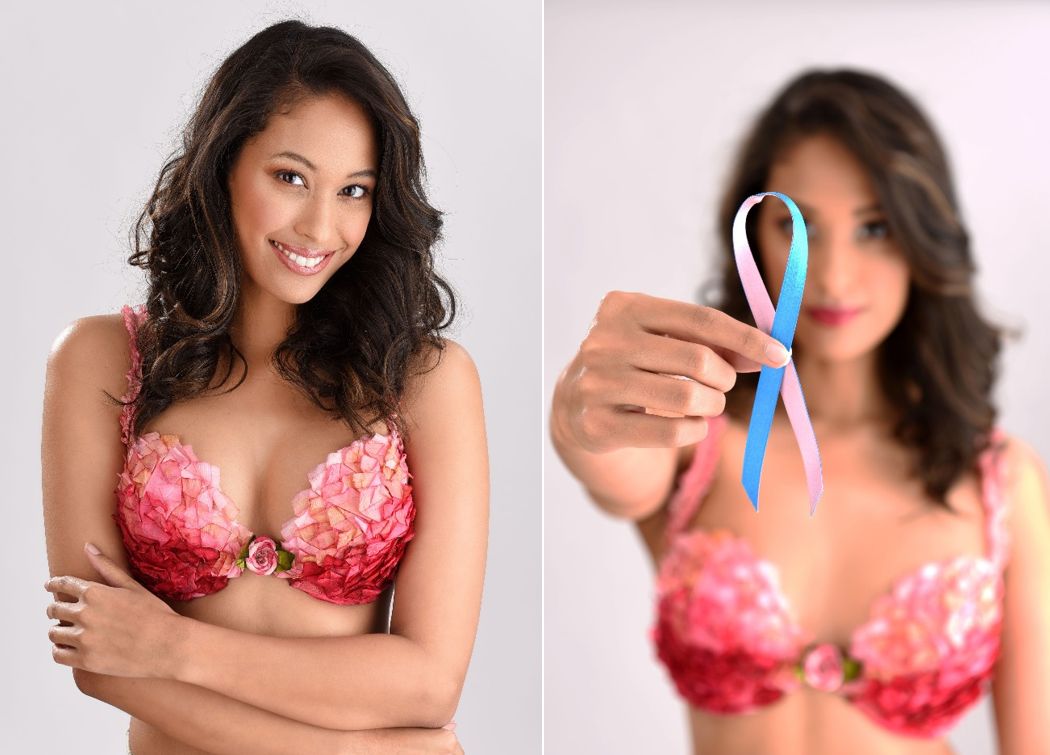 Adele du Toit, spokesperson for the SA Rooibos Council says they have been overwhelmed by the support from the public as thousands of “used and dried” Rooibos tea bags poured in from around the country.

“An added benefit is that Rooibos tea, naturally stains the tea bags red, which created the depth in colour we were aiming for, while creating awareness of Rooibos’ cancer-fighting properties.”

After countless hours spent behind the sewing machine, experimenting with Rooibos in all sorts of ways, the dedicated focus of Storm in A-G Cup’s design team finally brought the unique concept to life.

Isla Lovell, owner of Storm in A-G Cup says they’ve never shied away from a challenge and creatively it was a very rewarding project to work on.

“We were immediately drawn to the idea as we often use Rooibos tea to dye our undergarments and have always flown the flag high for breast cancer survivors – our extensive mastectomy bra range is a testament to this.

“Our primary challenge came with using Rooibos tea bags for a garment that inherently relies on stretch to fit, so we had to adapt the material to the final product. We were surprised at how versatile a product Rooibos is – we experimented with the leaves, tea bags and even made beads from the packaging. Pretty much all the detail, including the delicate rose, have been fashioned from Rooibos tea bags.

“The colouring process was the trickiest part as the final look was very much reliant on how the tea bags took to the dye. We used both Rooibos tea leaves and natural pigment powders to dye the tea bags. It took us several months and four prototypes later until we settled on a design,” notes Lovell.

The Rooibos bra forms part of several other CANSA initiatives this spring to create widespread awareness of breast cancer and other cancers affecting women.

Lucy Balona, spokesperson for CANSA says she hopes as interest continues to build around the Rooibos bra, that women – young and old – heed the call for regular breast screenings and examinations.

“Detecting breast cancer early means a much higher survival rate. Regular screenings and mammograms are critical – we need to have less women affected by cancer and having to face that journey.”

There’s plenty of speculation around how much the Rooibos bra will fetch… Some years ago, a white lacy bra worn by screen icon, Marilyn Monroe sold for a cool US$20 000 and two of Madonna’s iconic cone bras fetched US$52 000 and US$26 000 respectively at an auction at Christie’s in London.

Balona says while these figures are steep, she is confident that bidders will dig deep in their pockets for this exclusive, one-of-a-kind Rooibos bra.

“It’s a true work of art! Not only is it exquisite, but all the proceeds raised will help to save more lives through education and early detection,” she says.

To follow the Rooibos bra campaign, go to https://www.facebook.com/rooiboscouncil/ or read FAQs

Issued by Meropa Communications on behalf of the SA Rooibos Council. For further information, please contact Brigitte Taim from Meropa on 021 683 6464; 082 410 8960 or email: brigittet@meropa.co.za