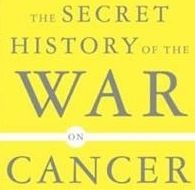 An American scientist and health activist has called on the South African government to restrict the use of cellphones among small children to prevent the long-term health hazards of radio frequency radiation, which could cause brain cancer.

Speaking at the opening of the Cancer Association of SA’s (CANSA) new Science and Resource Centre in Mowbray on 28 January 2010, Dr Devra Davis warned that children were more vulnerable than adults to the radiation produced by cellphones.

Davis, who also launched her new book The Secret History of the War on Cancer on the same day, said recent studies in the US and Europe had shown that excessive use of cellphones posed a major cancer risk.

And she warned that the studies had shown that children were particularly vulnerable to suffering brain tumours and hearing problems, because the cellphone signals penetrated deeper into their brains.

This was because children’s skulls were smaller, thinner and still in the developmental stages.

Children also had more fluid on their brains than adults.

Davis, who compared cellphone radiation to that of a microwave, warned that even adults were at risk of developing brain cancer, especially if they had smaller heads. And males were at risk of suffering lowered sperm counts.

“The reality is that these (cellphones) are powerful machines … they are hand-held computers. Studies have shown that children who use cellphones before the age of 20 have more risk of developing cancer than adults.

“If we are to invest in our children’s health, we need to act now,” she said, urging the South African government to consider policies that cautioned against the use of cellphones by children.

“It is better to be safe than sorry,” Davis said.

Countries such as England, Germany and France had formulated policies which discouraged the unsafe use of cellphones.

These included the issuing of warning labels about safer cellphone use, requiring manufacturers to sell cellphones with hands-free kits, and increasing public awareness about the specific absorption rate in respect of all cellphones.

She suggested other ways of avoiding cancer-causing radiation, including keeping cellphones away from the body when they were on, avoiding talking in areas with low connectivity and using text messages rather than calling.

Davis suggested that South Africa take a different approach to battling cancer – by investing more in prevention than pumping millions of rands into treatment. Such a move would boost the country’s economy as it would save money.

Davis also encouraged the newly opened Resource Centre to distribute information on the impact of the environment as a cause for cancer.

“We’ve got to give people information on cancer. For years we’ve been selling hope rather than prevention. The existence of uncertainty has been used to prevent action,” she charged.

However, Davis commended the South African government on its progressive anti-tobacco legislation, saying a total ban on smoking in public areas could go a long way to boosting the country’s economy.

Dr Carl Albrecht, CANSA’s Head Researcher, said the Resource Centre would be used to provide support for those affected by cancer.

In the next few years, the Association would use the research findings on the role of cellphone use in cancers to put pressure on the government to formulate an appropriate policy on the issue.

This article was originally published on page 11 of The Cape Argus on January 29, 2010