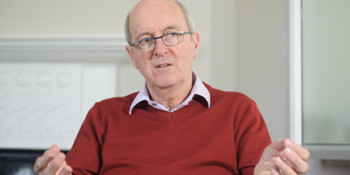 Oesophageal squamous cell carcinoma (OSCC) is common in Black populations of sub-Saharan Africa, with high incidence regions in East and South Africa. Clinical presentation in Africa is late, and treatment is mainly palliative with a very poor prognosis. Various environmental risk factors have been identified, but the possible contribution of genetics to disease risk is an important question which is unresolved. The main purpose of this project is to rest the hypothesis that genetic variation in the South African Black population contributes significantly to the risk of this type of cancer. This will be done by testing genetic risk factors for OSCC which have been identified in other populations for association with OSCC in the South African Black population, and by carrying out fine-scale genetic mapping in positive regions of the genome to identify causal genes and variants. Recently we have also embarked on what is known as a genome-wide scan for genetic factors involved in OSCC. This involves testing more than two million genetic markers for association with OSCC to see whether we can identify novel genetic risk factors for this cancer in the Black South African population.

How the project was of value in the struggle against cancer