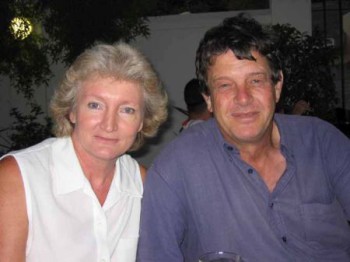 On Friday 25 July 2014, a unique project to raise funds for CANSA Cape Metro Care Centre’s care and support programme for those affected by cancer, will be launched. This involves a cross-country camping tour starting in Cape Town, crossing over South Africa and ending in the Mother City six weeks later.

The project, known as ‘FREDO Touring for CANSA’, will be undertaken in a 4×4 vehicle and off-road caravan by two Cape Town citizens, Fredo and Janey Meintjes.

Fredo and Janey will cover the costs of the trip themselves and are asking for sponsorship for CANSA Cape Metro Care Centre’s care & support programme, from fellow South Africans.

Sponsor a certain amount per kilometre (approx 7 000 km) – the couple have already been assured of the commitment of a number of leading companies in the fresh produce industry, to sponsor them per kilometre.

“’FREDO Touring for CANSA’ is Fredo Meintjes’s way of giving something back for the support he received while being treated for cancer himself,” says Henley Botha, Regional Manager for the CANSA Cape Metro Care Centre. “A Survivor himself who has overcome cancer with so much support, particularly from Janey, the couple will now assist us to raise funds which are so vital to care for those fighting the disease.”

Fredo and Janey add, “We’ve always planned this epic journey for this year. Our own experience and the fantastic news we have been receiving from our doctors in recent months have convinced us that it’s also offering us a unique opportunity to help others.”

Botha stated, as far as it could be established, this is the first time in South Africa that the touring community participates in such an event. “Their leadership and dedication to us raises fantastic opportunities for the whole South African community to get involved. This could be the start of a huge support effort in support of cancer survivors, given the large numbers of people who are daily packing their vehicles and touring South Africa to enjoy the scenic beauty and wonderful resources of our country.” 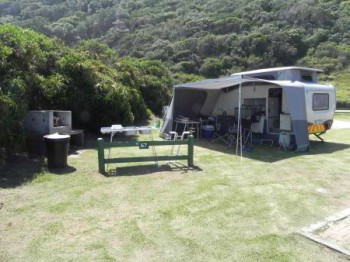 Fredo and Jane are fortunate to have the support of two of the country’s leading fruit producers and exporters, Karsten Group, growers and exporters of table grapes in the Orange River and deciduous fruit in the Western Cape, as well Zest Fruit from Stellenbosch, and their partners Komati Fruit based in Malelane, in Mpumalanga. They have committed themselves to sponsor the tour for every kilometre travelled. The couple are likely to cover around 7 000 kilometres and the contributions will therefore help to boost CANSA’s funds for patient care significantly.

There are a number of other companies who still have to decide on the level of their sponsorship, which includes the international fruit publishing group, Market Intelligence Ltd, based in London. “They’ll be our international media partner to assist us in promoting the care and support for our local communities by these leading international fruit marketers,” stated Fredo.

The exploits of Fredo and Janey during the duration of the project, ‘FREDO Touring for CANSA’, will be covered by local and online media.

The journey will take Fredo and Janey from the cold and wet weather of the Western Cape, through the dry and cold Karoo and Free State to Golden Gate in the Maluti Mountains. Thereafter the touring party will cross the eastern Highveld, stopping over at Badplaas in Mpumalanga, before entering the Kruger National Park at the Malelane Gate. “Here we’ll pick up some of the juiciest oranges from our friends at Komati Fruit, which are now in season. Our Kruger adventure will carry us from the South to the North and we’ll also make mention of campaigns such as ‘Save the Rhino’ and tell our friends around the world of their plight.”

‘FREDO Touring for CANSA’ will eventually turn home and along the route visit the Kamdeboo National Park near Graaff-Reinet, the Southern Cape, in particular the Valleys of Sharon Fruit around Swellendam, before ending in Cape Town.

Make a Donation & Support Those Affected by Cancer

All contributions, big and small, will be welcome. Those who want to support Fredo and Janey’s epic journey in aid of CANSA Cape Metro Care Centre’s care & support programmes can donate as follows:

“During this cold winter, cancer patients often don’t often have clothes to warm them or decent beds to sleep in. They also lack the nutrition required to help them fight the disease, so every cent that is raised through ‘FREDO Touring for CANSA’ will make a huge difference to their lives.”