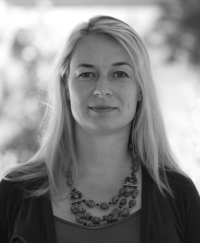 Identification of the anti-cancer protein targets of the garlic compound ajoene.

Cancer is a hyper-proliferative disease that results in over six million deaths per year. Most malignancies are diagnosed and treated at advanced stages with poor overall survival, thus cancer prevention is a key opportunity for managing the pandemic. Several lines of evidence indicate that 50 – 80% of cancers are preventable as their causation is largely exogenous with diet and lifestyle playing an important role.

Garlic is a dietary medicinal plant that has been used for centuries both as a flavour enhancer and for its beneficial health effects. Crushed cloves are rich in sulfur-containing compounds collectively termed garlic organosulfur compounds (OSCs) that include the compounds ajoene and diallyl trisulfide (DATS). Garlic is well documented to have cancer preventative properties based on epidemiological studies 1-2 which is largely attributed to the presence of these OSCs.

Garlic OSCs have been shown to inhibit cancer cell proliferation and induce apoptosis at micromolar concentrations in cancer cells. We have previously shown that ajoene may act as a natural non-steroidal anti-inflammatory drug (NSAID) able to inhibit the Cox-2 enzyme activity which may partly explain its cancer preventative properties. NSAIDs favourably dampen the pro-inflammatory response in cancer which aids in tumour control.

Chemically, we have shown 3-4 that garlic OSCs are able to S-thiolate redox-sensitive cysteine residues on target proteins in immune and cancer cells, which possibly triggers many of the favourable biological effects. In the current project, we would like to identify the proteins that are targeted by ajoene in cancer cells. This will be achieved by synthesising an ajoene analogue that incorporates a biotin label into its structure. We will attempt to then pull-out and identify these protein targets by LC-ESI-MS/MS mass spectrometry. A knowledge of ajoene’s protein targets in cancer cells will greatly aid in our understanding of its role in cancer prevention and control.

Value of the project in the struggle against cancer

Cancer is a hyper-proliferative disease that globally results in over eight million deaths per year with 1 in 3 people directly being affected by the disease. It is one of the world’s most pressing health concerns. Since most malignancies are diagnosed and treated at advanced stages, the prognosis is often poor with a slim chance of survival. In South Africa, managing cancer has its own challenges, with limited state hospitals offering the facilities for treatment. The cost of running these facilities is high which means that cancer treatment is largely unavailable to the vast majority of South Africans. A strategy of cancer prevention is a far more realistic option to managing the disease.

Many cancers are preventable as their causation is largely exogenous with diet and lifestyle playing an important role. In addition, most South Africans rely heavily on traditional medicine for their primary health care needs as it is generally accessible and affordable. While traditional methods of health care may not provide a cure, it is powerful in providing protection against a number of ailments.

Garlic has been used as a traditional remedy since ancient times. In South Africa, two of the Tulbaghia species, namely T. alliacea and T. capensis, are predominantly used in medicina. These plants are commonly called “wild garlic” or “sweet garlic” and “Ishaladi lezinyoka” (garlic of the snakes in isiZulu). Culinary garlic (A. sativuum) is available in the supermarket and used in most households to flavour food and for its beneficial health effects.

It has been known for some time, that the small sulfur-containing compounds found in crushed cloves give rise to both the pungent odour, as well as the medicinal and disease-preventing properties of garlic. Two of these compounds are DATS and ajoene which have been the focus of this study. Importantly these two compounds are found in cooked or aged garlic preparations, and not in freshly crushed cloves. We have found that both of these compounds are cytotoxic to cancer cells. In addition, we have found that ajoene has anti-inflammatory properties which counters tumorigenesis.

We have found that the garlic compound ajoene targets many proteins both in normal and cancer cells. This is in contrast to clinical drugs that are designed to interact with a single protein target with high potency and specificity. Seldom is a drug able to exclusively target a single protein and often the “off-target effects” give rise to unwanted side effects. Our finding that ajoene interacts with many protein targets likely explains its broad-reaching health-promoting effects which includes anti-inflammatory effects and protection against cancer. Interacting with so many targets may be possible as the interactions are weak and possibly reversible. In addition, the garlic compounds appear to be metabolically labile which means they do not hang around for long enough to poison the targets. Garlic is therefore an attractive remedy to aid the immune system in combating cancer. Garlic is consumed in most households and is therefore already in use. The knowledge from this grant has enabled us to understand some of the properties that give garlic its ability to provide protection against cancer.

Future plans for the project

We would like to continue looking into the efficacy of DATS and ajoene at inhibiting tumour formation and growth in pre-clinical models for cancer. As these compounds are more modulatory than completely inhibitory, they may also prove to have therapeutic utility as chemo sensitising agents in combination with currently used chemotherapeutic drugs. We may also pursue some of our ajoene analogues which have displayed improved blood stability profiles for clinical development.