Home CANSA on the Move for the Youth Environment Research Findings 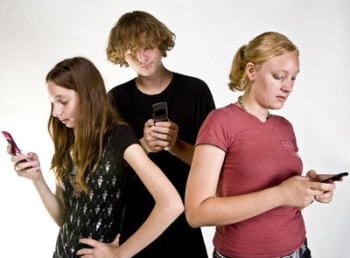 Children face a higher risk of cancer than adults from prolonged and heavy cellphone usage.

Dr Carl Albrecht from the Cancer Association of South Africa said the organisation is “quite concerned about children of whom millions have received cellphones when they were quite young”.

This week, the World Health Organisation (WHO) published a ­report stating that extended cellphone usage may cause cancer.

The report now classifies cellphones as a “2B health risk” – like lead, engine-exhaust fumes and gasoline.

Albrecht said children are more at risk because their skulls are ­thinner than those of adults and ­radiation from phones during talk time can therefore penetrate deeper into the brain. He said the fact that a lot of children own cellphones from an early age could make no difference or it could cause a dramatic increase in brain cancer in the future.

Heavy cellphone users are those who spend more than 30 minutes a day for 10 years or longer on their ­cellphones.

Christopher Thomas, the headmaster at St Andrew’s School in Bloemfontein, said more and more children are being exposed to ­cellphones. The number of learners carrying cellphones has definitely increased, he said. “I think it’s becoming a status symbol for kids, but it is also convenient for parents.”

Thomas said learners are not ­allowed to use their cellphones during school hours, but that does not stopped them from bringing them to school.

Primary school learners staying in the hostel on the school grounds are also required to hand in their phones, but are allowed to use them during certain times, he said.

But major cellphone companies don’t think the latest finding is suddenly going to cause people to hang up. Richard Boorman, the executive head of media relations at ­Vodacom, said they understand that people have been concerned. It was very important, though, to put the findings into perspective, he said.

“It (the WHO-report) clearly says there is a possibility that cellphones can cause cancer and not that it’s a risk,” said Boorman.

He said it was interesting that ­media reports did not mention that pickled vegetables and coffee fall under the same classification.

A statement by the international organisation representing the wireless communicating industry said the International Agency for Research of Cancer – which forms part of WHO – did not conduct new research, “but rather reviewed published studies”.

It maintained that the US Food and Drug Administration has stated that the “weight of scientific ­evidence has not linked cellphones with any health problems”.

But countries such as Russia, France and Finland have taken precautionary steps for cellphone use by people under the age of 18.

Article published in the The City Press on 6 June 2011.