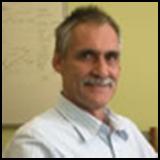 Highlights of the project

How was this project of value in the struggle against cancer?

The cancer register in the former Transkei region of the Eastern Cape was established more that 20 years ago. The original purpose was to monitor geographic and temporal variations in the incidence of oesophageal cancer, which had been observed to be particularly common in this area. However, since 1998 it was expanded in line with theIARC recommendation to include at least 1 million people under surveillance. Details are now collected for all cancers. During the past 3 years, the data for 1998-2002 have been analysed and incidence rates calculated. A full report and a summary report were prepared and have been distributed. The material has been presented at scientific meetings and has been submitted for publication.

The information serves to identify the common cancers in the area and to help advocate for improved access to treatment in the area. The register shows that the common cancers are oesophagus, cervix, lung, prostate, breast and liver, which are preventable or potentially curable if diagnosed early. The MRC has collaborated with the Non-communicable Diseases Directorate of the Department of Health and CANSA in raising public awareness about these common cancers and the importance of prevention. Following the identification of cervical cancer as the leading cancer among women, an investigation was undertaken contrasting data from the screening programme with that from the register. They both indicate that the screening programme, which is part of national policy, has low coverage in the area. The report was submitted to the DOH and it is hoped will be a stimulus to strengthen the screening efforts.

An important achievement of this project has been capacity development – both individually and institutionally. The register itself has been strengthened through improved control mechanisms and standardisation of data collection and reporting. Health professionals in the area have been made more aware of cancer registration and its contribution. The community outreach activities have attempted to build awareness among the population. Finally, staff involved in the registration have developed their skills.

Currently, this is the only cancer register in South Africa that has reported results, and is the only population-based registry in the country. It provides important information regarding the cancer incidence in a rural setting at a time when the cancer burden may be increasing due to improving socio-economic status for many South Africans resulting in an increase in the behaviours and risk factors for cancer, as well as increased longevity and thus prolonged exposure to these risk factors.

Future plans with the project

The cancer register has been moved into the MRC Burden of Disease Research Unit which is directed by Prof Debbie Bradshaw. This was done so as to place it in a more epidemiological environment and has been helpful in providing access to analytical support. Collaborations between the PROMEC Unit and the Burden of Disease Unit will continue. However, it is hoped that CANSA will continue to provide support to this project through Prof Debbie Bradshaw.

CANSA is urged to consider continued support in the future as this is currently the only register that produces information on the incidence of cancers. Although the National Department of Health is currently drafting a regulation that will require all health facilities to maintain a data base of the cancer patients diagnosed and treated at the facility, and to regularly submit information to the National Cancer Register, it is likely that it will take some time for the system to become fully operational. Furthermore, unless there is a substantive investment to ensure the implementation across all facilities, the implementation is likely to be uneven. While the National Cancer Register is being revived, it is particularly important to maintain an already established register. Firstly, it is not clear that the revived register will deliver the information as anticipated, and secondly, it would be important to serve as a means of checking. Thirdly, the availability of geographic detail in a revived National Cancer Register is untested and will depend on the quality of the data submitted and degree to which it is checked when captured. Thus it is unknown what geographic level the NCR will be able to support.

This cancer register has revealed a distinct profile in this area: the common cancers were oesophagus, cervix, breast, lung, prostate and liver and the ranking was largely dominated by oesophageal and cervical cancers. It has provided an information base from which several research initiatives have been established. While the rates observed by the register are somewhat lower than those reported by other registries. However, they join the low rates reported by other developing country registries in Algeria, Gambia, Pakistan and India. The pattern of cancers identified is completely plausible with the possible exception of heamotological cancers that are possibly under-diagnosed. The profile is consistent with cause of death statistics in the region, playing a useful role in the Burden of Disease Study in confirming the provincial estimates.

Not only does this register contribute comparative information that can assist in tracking the diversity of cancer patterns in South Africa and internationally, it highlights the occurrence of cancer in rural areas and the need to implement cost-effective cancer control programmes as well as appropriate health services in under-resourced areas. This provides important means to develop educational programmes regarding the prevention of cancer in this region.  Already, the registery has provided the impetus for several health-promoting programmes that have been run collaboratively with CANSA. Additional initiatives to provide cancer information are in their planning phase and require the continuation of the cancer registry.